EWU theatre makes a comeback with the hit musical “Rent” 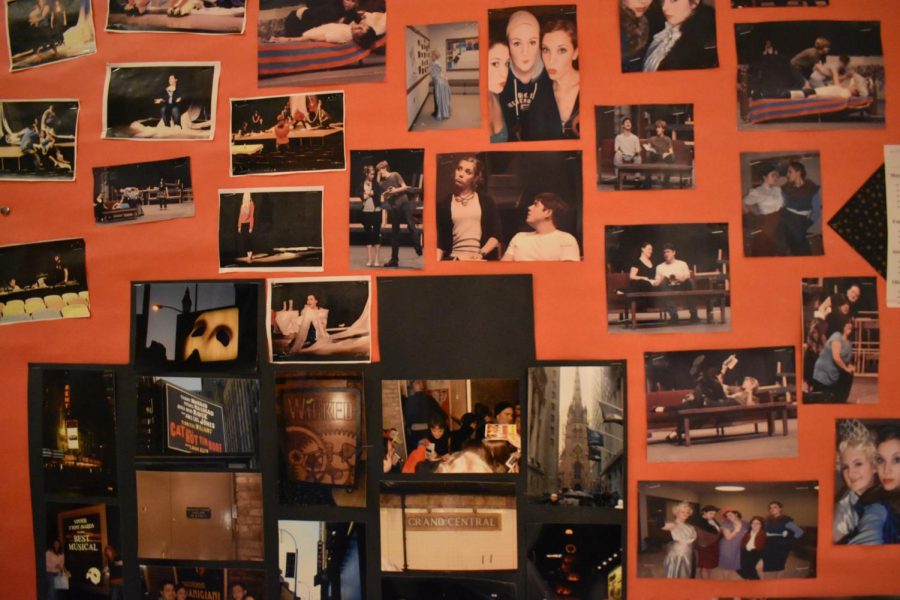 Rent is the first live musical the EWU theatre program has put on since the winter of 2020.

The production of Jonathon Larson’s “Rent” was featured at EWU theatre Nov. 17-21.

The show illustrates a year in the life of bohemians in the East Village of New York. Mark, the filmmaker of the group, captures moments throughout the year consisting of love, loss, AIDs, and their impact on the society of America.

Sitting in the theater, all of the seats were full while people trickled into their seats. People whispered in the crowd, buzzing with excitement for the performance. A blue light filled the background with stringing lights attached to the balcony of the set. The band was seated to the left of the stage.

“Rent” was the first in-person show since the start of COVID-19. Jeff Sanders, the director of “Rent”, entered the stage to address the audience about the musical and expressed his gratitude for all the support.

The first scene began with Mark (played by Christian Skok) and his roommate Roger (played by Jonah Taylor) singing the song Rent with the rest of the cast entering the stage. Individuals burst into song as each character was introduced to the audience. The cast danced around the stage and appeared from all sides of the theater.

Throughout the rest of the musical, the songs were followed by cheering and applause from the audience. Themes of love, friendship, humor, and grief presented themselves throughout the play. The actors portrayed the lives of the characters through depictions of life in New York City. Live musicians played piano and guitar.

A standing ovation was given at the end of “Rent.” Individuals across the theater cheered as each actor bowed for the audience. Clapping and cheering echoed throughout the building.

EWU theater illustrated hard work from the director, actors and stage crew during the production of “Rent.” The enthusiasm of the characters was demonstrated through their singing, dancing and acting. The scenes flowed together, and themes from the play were easily understood.

The next show to be featured at EWU is Pride and Prejudice in Winter 2022.