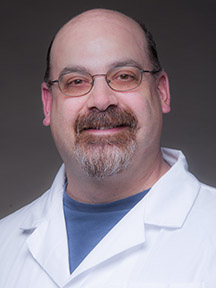 Dr. Jamie Manson focuses on getting students involved with research as often as possible.

For the past 18 years, Dr. Jamie Manson has been working with undergraduate students on research at EWU. Manson and his students have accomplished a lot with their research with the help of collaborators who help collect data and materials.

Some of the data includes design materials and some x-ray work to characterize how atoms are arranged in solid materials.

The American Physical Society is the largest professional society of physicists. Any professional can join the society. Over 55,000 people are part of the APS, including many different types of professions such as engineering. The APS recognized him for his research on low dimension magnets.

“I didn’t do it by myself,” said Manson. “It’s easier with lots of years of work with just fantastic students and collaborators to help us get the data that we need.”

The APS ordinates to only half a percent of the total membership. There is a very small number going towards magnetism. Each division within the APS are allowed to vote on a certain amount of individuals depending on the number of members involved. There were three individuals nominated for Manson’s division with the magnetism focus.
“I didn’t do it by myself,” -Dr. Jamie Manson
Manson said he has been getting consecutive funding from the National Science Foundation since 2010.

“My fourth consecutive wave funded Sol Pei grant from the National Science Foundation,” said Manson. “They seem to really like what we do.”

The research consists of taking traditional metal ions and round the trennis metal ions and link them together with organic molecules in different shapes. They can place the magnetically active metal centers and put them in solid predestined ways depending on the organic molecules. This allows the researchers to control the properties and make predictions on what they will be based on the initial X-ray analysis of the crystals made in this nature.

Manson said he has published many peer review journals over the years. Often, undergraduates are co-authors on these papers. He said, the active participation of the students in research is good for graduate program experience.

Undergraduates play a role in this high research program which is rare for a smaller college like EWU. Manson said they have received recognition for their hard work.

“I think that just really attests to how successful our program has been and just the caliber of students, just a really good fortune of working with [students] over the years,” said Manson.

The recognition can be used as a recruiting tool and for individuals to see the research being done at EWU. Manson said their research does not reach the general public often, and EWU has much to offer with the STEM program.

“Getting recognized by the American Physical Society is just a way to help show that we do really cool things out here,” said Manson.

This is also the fourth consecutive year Manson has been funded by the National Science Foundation (NSF) with $395,482. Manson said he is happy with being fully funded because this does not usually happen.

This project is based on findings from prior projects regarding the idea of predictability.

“We do science because we can’t predict what’s going to happen and see,” said Manson. “We’re interested and excited about learning more about the different tools we have at our disposal.”

Manson said they are trying to develop new materials that have improved societal or technological applications on how something is going to behave under certain circumstances.

“We’ve taken all from what we’ve learned from all the chemistry and X-ray analyses of the structure of crystal structures, and combine it with all the physics measurements that we’ve done,” said Manson.
“Getting recognized by the American Physical Society is just a way to help show that we do really cool things out here,” -Dr. Jamie Manson
They have been trying to compile a story about putting molecules around this certain metal. It is a step in the right direction to predict these properties.

“For the most part, we’ve been able to come up with some rules … to help predict certain behaviors and certain combinations of metals and organic things that piece together,” said Manson.

Although he teaches primarily general and inorganic chemistry, Manson studies research in chemistry, physical science and material sciences. Manson said his postdoctoral research was more of physics and properties of materials which is more of his interest. He was able to crossover into chemistry as well.

“It’s the breadth of chemistry knowledge that I have that sort of allows us to design these really cool things,” said Manson.

When he was doing his postdoctoral research, Manson said it was beneficial to create a niche in terms of science. This multidisciplinary approach to science problems has been a success for Manson over the years.