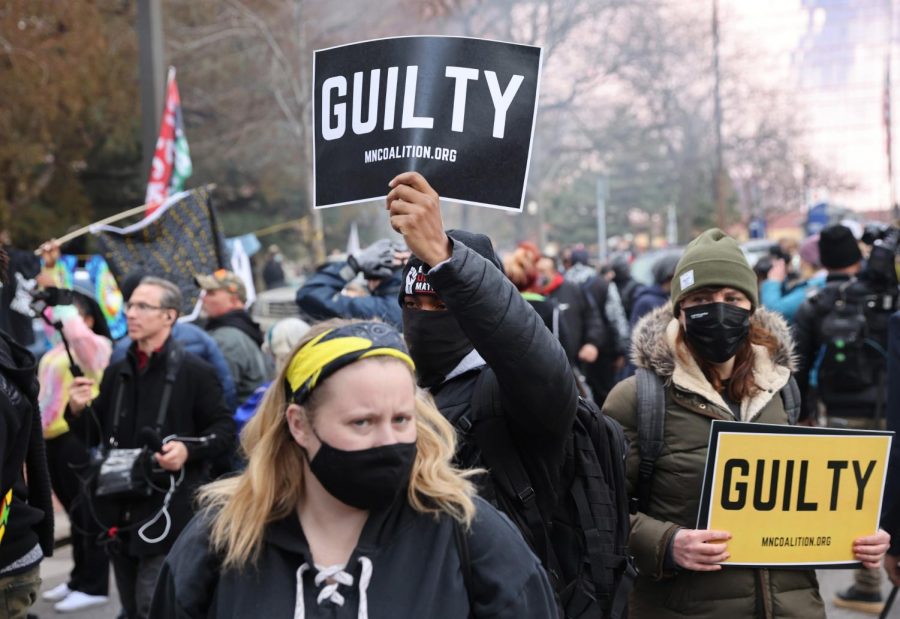 Vaccines in WA are open for all!

On April 15, everyone 16 and older who lives or works in WA became eligible for vaccination.
Gov. Inslee held a press conference in Olympia and warned of a potential fourth wave of COVID-19 cases in the state.
Inslee encouraged residents to continue wearing masks and following protocols. He added that since it would be safer, WA residents should take opportunities to meet with others outside.
Residents are encouraged to make vaccination appointments here.

What is going on with the J&J vaccine?

The Johnson & Johnson vaccine was linked to a handful of blood clots across the world, along with the AstraZeneca vaccine, which is not available in the U.S.
Over seven million Americans have received the J&J vaccine, and there have been six cases of connected blood clots in the U.S.
The U.S. paused the rollout of J&J vaccines in order to investigate the connection. But doctors could still administer the vaccine if the patient is aware and okay with the risk.
Experts suspect it is connected to the vaccine technology that J&J and AstraZeneca both use. Both Pfizer and Moderna use a different vaccine technology.
The chances of getting a blood clot after receiving the J&J vaccine are low, so past recipients should not be too worried. The clot appears within two weeks of receiving the vaccine and can be treated.
The rollout pause is suspected to be short-term, with rumors that a decision could be made within the week.

U.S. troops have been in Afghanistan for the majority of college kids’ lives. The war has been an ongoing response to the 9/11 terrorist attacks in 2001.
President Biden announced that by Sept. 11 this year, the 20-year anniversary, all American troops will be pulled from Afghanistan.
There have been plans to end the war for some time, which Trump also supported but with a different timeline and methods.
Biden has laid out plans for an entirely orderly removal beginning this month. He has also cooperated with NATO in the process.
Biden has said that the resources being poured into the war would be better used against other current threats.
There are many speculations about what the end to this war will do to both U.S. national security and international security and dynamics. 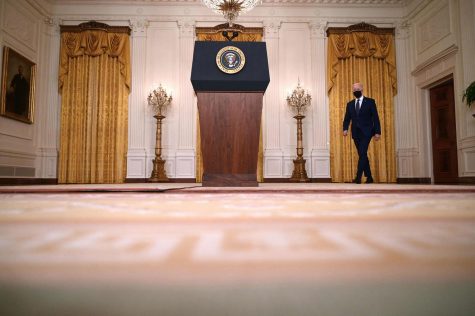 When Biden referred to larger threats in the U.S., one example was Russia. He wasted no time in addressing this current threat, announcing sanctions against the country on April 15.
He also sent ten Russian diplomats home.
Biden spoke to Russia’s involvement in government data breaches, hacking operations and election interference.
The next day, Russia sent home ten U.S. diplomats and released the names of eight U.S. officials who were barred from returning.
It was reported that Russia does not want further conflict, but would respond accordingly to further sanctions or moves from the U.S.
However, Biden claimed these actions were meant to be steps towards a peaceful and predictable relationship between the nations. He offered to meet with Putin over the summer and declared there were no current intentions for further action.

Trigger warning: This section refers to hate crimes and homicide. This could be

triggering to some readers. Please continue at your own discretion.

Former officer and professor of law Seth Stoughton testified that Chauvin’s use of force was not justified. The level of threat Floyd posed was not equal to the force used in response.
Cardiologist Dr. Jonathan Rich testified that neither Floyd’s medical history played a role in his death, nor did drug overdose. It was cardiopulmonary arrest, caused by the forced lack of oxygen,
Rich also noted that there were multiple times throughout the arrest where if Floyd had been treated, he could’ve survived.
After another police shooting occurred in Minneapolis, requests were made that the jury be sequestered. The judge denied all requests tied to the death of Daunte Wright, as it was a separate case.
The prosecution then rested their case. Chauvin’s lawyer began calling witnesses to support the defense.
Former officer and “use-of-force expert” Barry Brodd testified that the reasonable fear an officer must maintain while making split second decisions justifies Chauvin’s actions.
Brodd claimed that the officers would’ve been justified in using more force and that police do not have to fight fairly.
An associate of Floyd who was with him before the arrest, Shawanda Hill, testified that his behavior was normal and happy that day. He nodded off in the car they were both in, and was woken up by the officers, so he was groggy and sleepy at most.
The former chief medical examiner of Maryland, Dr. David Fowler, testified that Floyd died from cardiac arrhythmia, caused by several different things including his heart, drug use and carbon monoxide exposure.
However, pulmonologist Dr. Tobin was called to the stand again regarding Fowler’s assessment. Tobin testified that Floyd’s death could not have been influenced by the carbon monoxide, as he had 98% oxygen saturation.
Both sides have now rested. The jury is in deliberation and expected updates this week.

Dogecoin, for getting into stocks but only ironically

The cryptocurrency Dogecoin started as a joke in 2013. Dogecoin is now worth around $50 billion, making it the fifth most valuable cryptocurrency. It’s gone up 6000% this year.
One Dogecoin is worth significantly less than one bitcoin right now, because of the sheer abundance of Dogecoin in comparison.
It doesn’t have a lot of real-world market applications yet. But once again, the Reddit community has gotten involved; they’ve raised Dogecoin to donate to several causes.
Elon Musk has openly supported and praised the cryptocurrency, and often tweets about it. Some officials are worried about how Musk’s behavior could affect the market.
Experts expect the increase in Dogecoin value to be temporary, a “bubble” phenomenon that will see a lot of people buying and trading to get rich quickly. However, these often only operate successfully for a short amount of time before the value comes crashing down, hurting those who still own it.