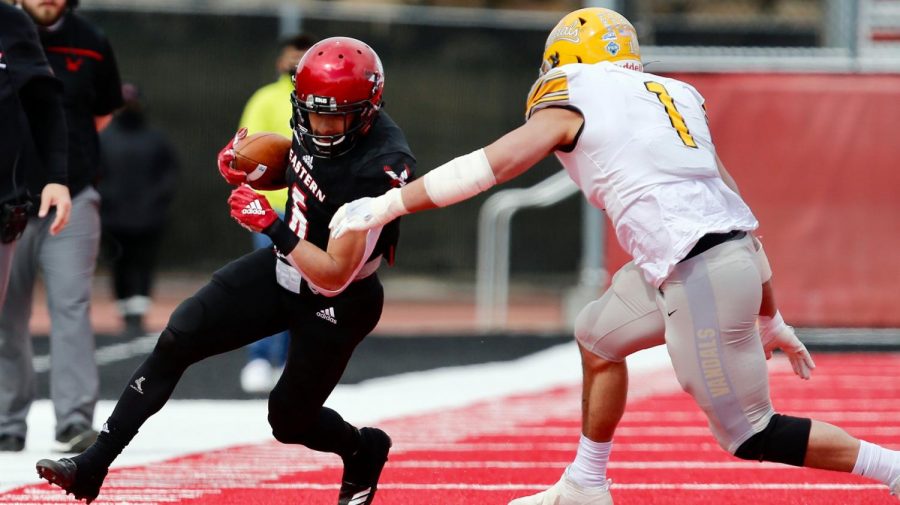 Barrierre said there wasn’t a plan for him to use his legs more in the fourth quarter.

“I kinda just felt the [pace] of the game,” Barriere said. “I thought when we played them the first time there were many opportunities where I could have used my legs but I didn’t.”

Barriere said watching film and learning what he could have done differently in his second appearance against Idaho helped him be more successful in this game. He said he also just took what the defense gave him, particularly in the fourth quarter.

Barriere also mentioned how it was great to play in a game with everything on the line, fighting for a playoff spot.
“They’re a fun bunch … they’re very wise beyond their years and I wouldn’t want to do it with any other group.” -Aaron Best, EWU Head Football Coach
Head coach Aaron Best said he has been very proud of the team throughout the season, and this game was the icing on the cake.

“This bunch is a very resilient bunch,” Best said. “They’re a fun bunch … they’re very wise beyond their years and I wouldn’t want to do it with any other group.”

Best had the highest compliment for the Idaho defense, stating that, “they’re the best front seven in the Big Sky Conference.” 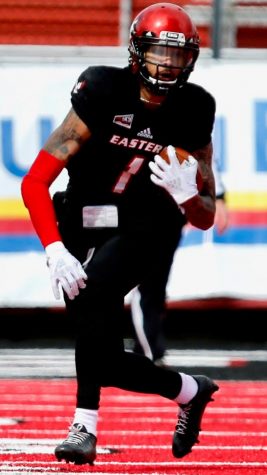 Defensively, the Eags only gave up 74 yards through the air, and forced two key late interceptions, but gave up 278 yards on the ground.

230 of those yards, were picked up by Idaho QB/WR Zach Borisch.
“The game plan was to bring pressure and get me out of my groove.” -Eric Barriere, Redshirt senior QB
Before this last game, Idaho had none of its quarterbacks on roster, due to COVID. This forced the Vandals to start their emergency quarterback, Borisch, who hadn’t played quarterback since high school.

EWU juumped out to a 7-0 lead, but Idaho came storming back and would take the lead 14-7 by the end of the first.

EWU would not take the lead again until Merrit’s touchdown run with 6 minutes left in the 4th quarter.

EWU is 5-1, and sits in a good position to be selected as one of the 16 teams that will play each other in the 2021 FCS spring playoffs.