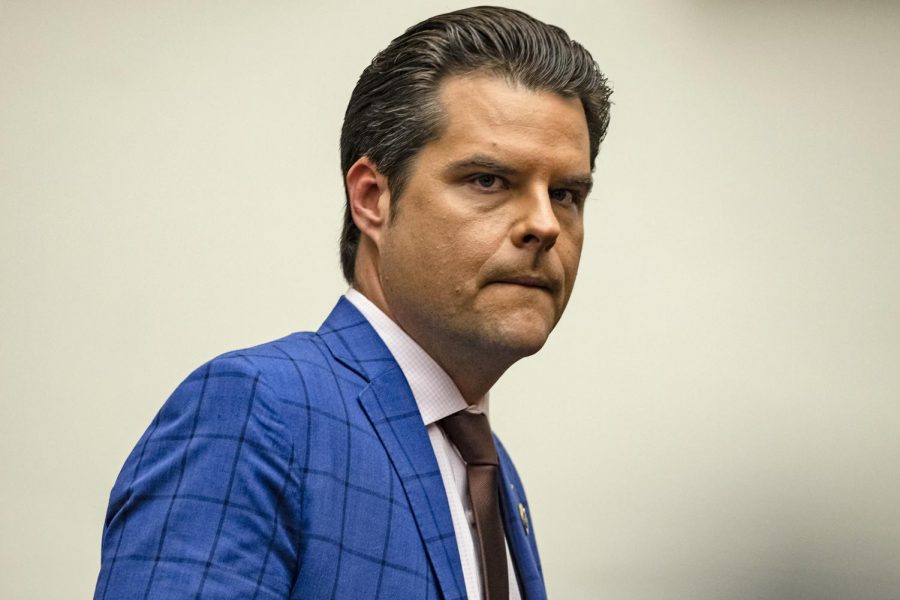 U.S. Representative Republican Matt Gaetz is being investigated after allegations of a sexual relationship with a minor.

Gov. Inslee announced that effective April 15, all Washington citizens age 16 and up will be eligible for vaccination. This is several weeks ahead of the proposed schedule.
Over three million doses of the vaccine have been given in Washington so far.
Washingtonians are encouraged to make appointments here.

Biden unveiled his latest proposal, a huge infrastructure layout costing an estimated $2 trillion.
It would be paid for by corporation’s taxes, as those increase. The corporate tax rate would be 28%, still significantly lower than it has been in the past.
It would take around 15 years to fully pay off the proposal.
The proposal includes rebuilding roads and bridges, modernizing water systems, providing affordable housing and expanding scientific research.
It also allocates $400 billion to the expansion of home and community care.
$174 billion would be invested in electric vehicle accommodations and support.
$100 billion would go towards clean energy.
Some legislators have commented on the proposal but it has not gone to Congress yet.

Trigger warning: This section refers to sex trafficking and a powerful adult having relations with a minor. This could be triggering to some readers. Please continue at your own discretion.

U.S. Representative Republican Matt Gaetz is being investigated after allegations of a sexual relationship with a minor.
The investigation has gone to the highest degree of the U.S. Justice Department. They are looking into Gaetz’ financials, travel history and more.
Officials say that the Justice Department is trying to determine if sex trafficking laws were violated. Gaetz could’ve done this by transporting a minor across state lines for sex.
The House Minority Leader said if the allegations are proven, Gaetz would be removed from all committees.
The allegations continued on to suggest that Gaetz had been showing off nude photos of women he was with, even to other legislators and in House.
Gaetz has withheld that none of the allegations are true, and claims they are connected to an elaborate extortion scheme from a former justice official.
That story is also being denied by those involved and investigated by the U.S. Justice Department.

Trigger warning: This section refers to hate crimes and homicide. This could be triggering to some readers. Please continue at your own discretion.

The trial of former officer Derek Chauvin regarding the homicide of George Floyd in 2020 began at the end of March.
Prosecutors are holding that Chauvin’s excessive force is what killed Floyd, but the defense is citing drug use that could’ve caused cardiac arrhythmia.
The focus of the trial will be to determine the cause of death and evaluate Chauvin’s use of force.
The trial showed the nearly ten minute video of the incident, as well as bringing in several witnesses from that day.
Paramedics who attempted to revive Floyd on scene also testified, followed by Floyd’s girlfriend.
Multiple current and former police officers testified as well, generally citing the policy that force is supposed to be removed when the suspect stops resisting.
The trial is still in progress.

Washington House Bill 1090 has been approved by the state House and Senate, now needing only Gov. Inslee’s signature.
The bill would ban private prisons and similar institutions, with exceptions, in the state. The full bill can be found here.
There is only one private prison in Washington currently, Northwest Detention Center, which works in accordance with ICE. Their contract expires in 2025.
This bill would prohibit the Northwest Detention Center from renewing their contract. Further, no for-profit prisons could exist in the state.
It is estimated that Inslee will sign the bill before May.