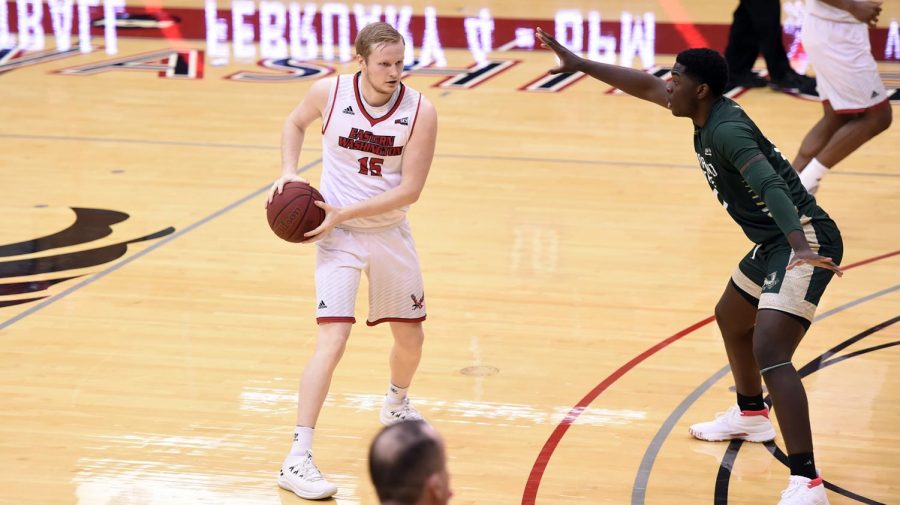 The unorthodox 2020-21 basketball season proved to be a historic season for the EWU men’s program. Among finishing second in the Big Sky regular season with a (12-3, 16-8) record, EWU won the Big Sky Championship and punched their third ticket ever to the NCAA men’s national tournament, in Indianapolis Indiana.

Of the 14 EWU players who traveled to Indianapolis, 12 were underclassmen.

The two lone seniors were guards Jack Perry and Jacob Davidson (the preseason Big Sky MVP), who both earned another year of eligibility due to COVID-19. Davidson entered the transfer portal on March 25.

EWU head coach Shantay Legans elected to leave EWU just three days after the game against Kansas on March 23. Legans was hired by the University of Portland later that day.

The Groves brothers, who combined for 58 of EWU’s 94 points against Kansas on March 20, both entered the transfer portal last week.

Junior post Tanner Groves was the Big Sky MVP, and sophomore forward Jacob Groves averaged 9 points a game on the season. Jacob Groves was a consistent starter for EWU this year, starting in all but three games.