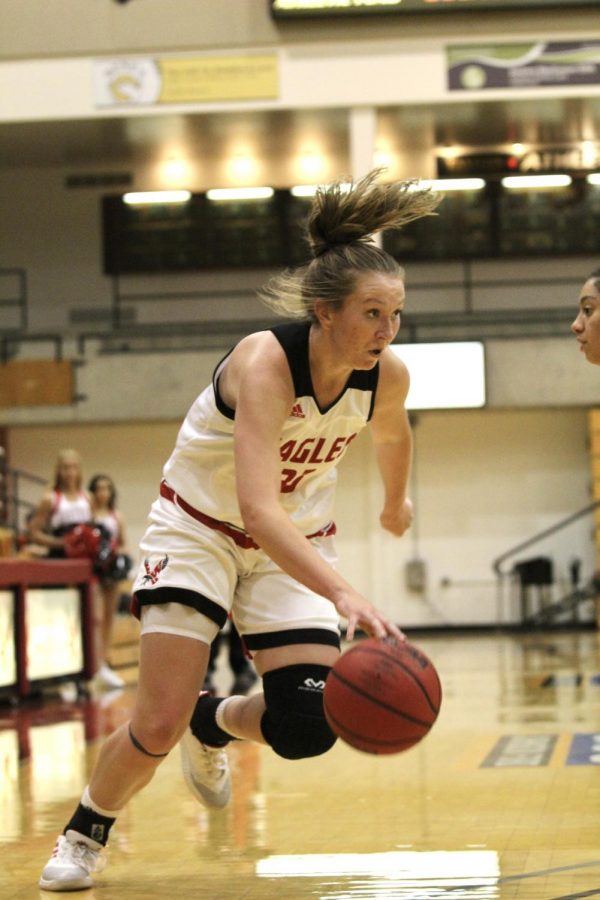 Freshman guard Grace Kirscher drives the ball against Norther Colorado on Monday. Kirscher scored 14 points and a team high four made 3-pointers in 2019.

After an up and down season the EWU women’s basketball team played their final game of the season after losing to Portland State 71-51 in the first round of the Big Sky Conference Tournament. The team finished the year ranked 9 in the Big Sky conference with a (5-12, 6-16) record.

The team finished the year ranked 9th in the Big Sky conference with a (5-12) conference record and a (6-17) record overall. After a four-game losing streak to start the season the team went on a hot streak to win four in a row but unfortunately ended the season on an eight-game losing streak which included a first-round loss to Portland State in the Big Sky Conference Tournament. With such a young team there is hope and excitement that the next few years could be very entertaining and full of success. With four true freshmen on the team and three true sophomores we have only touched the surface and there is no doubt that the young core of the team will continue to develop together.