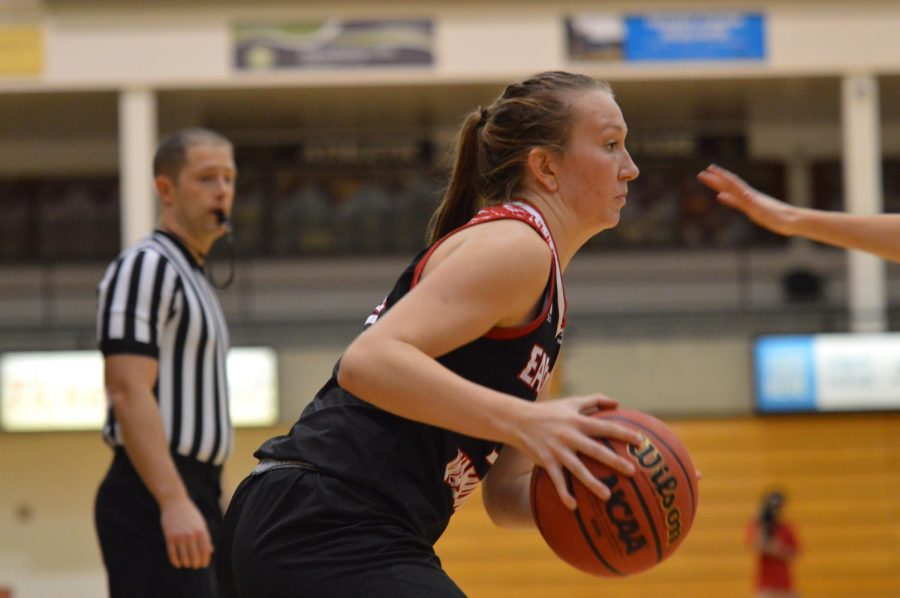 Bailey Monteith for The Easterner

EWU’s women’s basketball team is now (6-13) on the year after their two losses to Montana State this last week. EWU lost their first match to Montana with a final score of 73-42 and 76-64 in the second game.

In their first game, Montana held EWU to only 12 points at halftime. Junior Grace Kirscher was the only player for EWU to score over double-digit points in that game with 12. Montana also had 17 steals on the night which Coach Schuller addressed in her post game interview.

When asked about what Montana was able to do to them defensively, Schuller said, “They obviously had us scouted well and played their kids as such, we didn’t adjust very well.”

EWU played better against Montana State in their second game, but it ended in the same result. Once again EWU only had one player surpass double digit points which was freshman Maisie Burnham who put up 16 points while shooting 50% from the field. Burnham also grabbed 8 rebounds and played 38 of the 40 possible minutes in the game.

In the post-game conference Coach Schuller spoke again on shooting and defending.

“I thought we did some things better than we did on Thursday, but we have to shoot the ball better,” Schuller said. “I thought defensively we didn’t do the things we needed to do. We got to be better, more locked in, and more disciplined.

EWU now sits ninth overall in the Big Sky conference with a conference record of (5-9) and an overall record of (6-13). EWU’s last home game will be against the University of Montana on Feb. 20. For those who are interested in watching the game, it will be streamed on Pluto TV, Ch. 1053.