Second half three point surge pushes EWU over the top 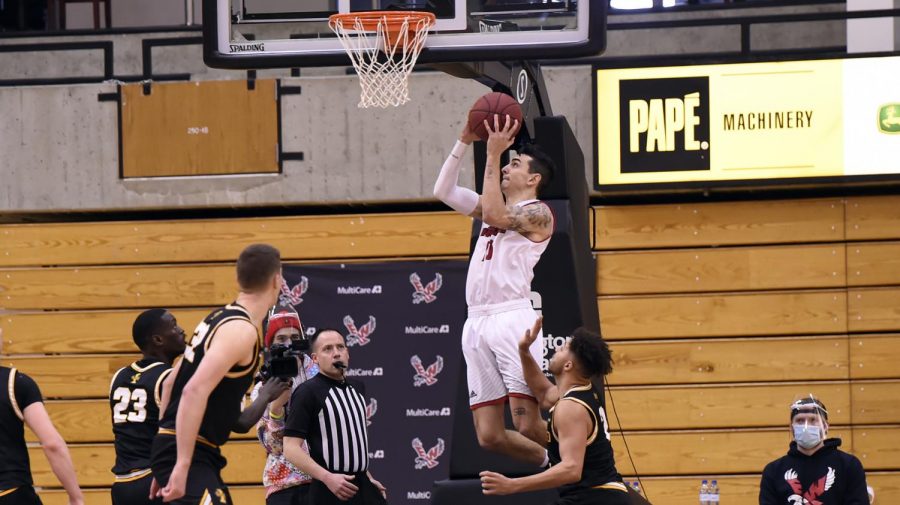 The Eagles had five players score above double figures, and were led in points by sophomore guard Michael Meadows, who had 17 total points and shot 7-10 from the field.

Sophomore guard Ellis Magnuson added 15 points, along with junior forward Tanner Groves and his younger brother, sophomore guard Jacob Groves who each had 12 points, and freshman guard Steele Venters had 10 points off the bench. 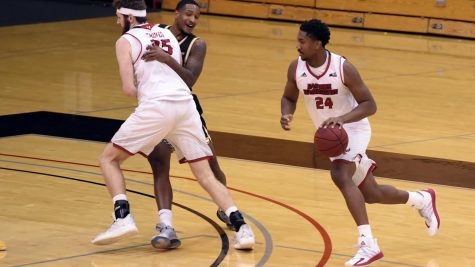 The second game was played in Cheney on Feb. 6.

EWU won the second game 90-64, and was led in points by Jacob Groves who had 17 points and shot 7-12 from the field, also adding seven rebounds.

Jacob Groves emphasized energy, most likely a reason EWU was able to come out with a 26-point victory.

“I think that energy is a huge part of these games with empty gyms,” Groves said. “It’s really important for our bench to be up and our guys to be up and bring the most energy … and I think it showed.”

EWU started the second game offensively a bit cold, including only shooting 1-14 from beyond the arc in the second half.

In the first half, EWU scored 34 points, compared to the 66 point half they would score in the second half.

Head coach Shantay Legans expressed how EWU likes to play fast offensively, and Idaho did a good job, especially in the first half, of slowing EWU down.

“We just wanted to play a little bit faster offensively and get more possessions,” Legans said. “I think [University of Idaho’s] game plan was to slow the game down as slow as they could possibly go … keep the possessions as long and close as they can.”

Legans also added that the various different defensive looks, and overall defensive strategy Idaho used, was effective in slowing down EWU in the first half.

“You gotta give Idaho credit for coming in the first half and putting up a fight,” Legans said.