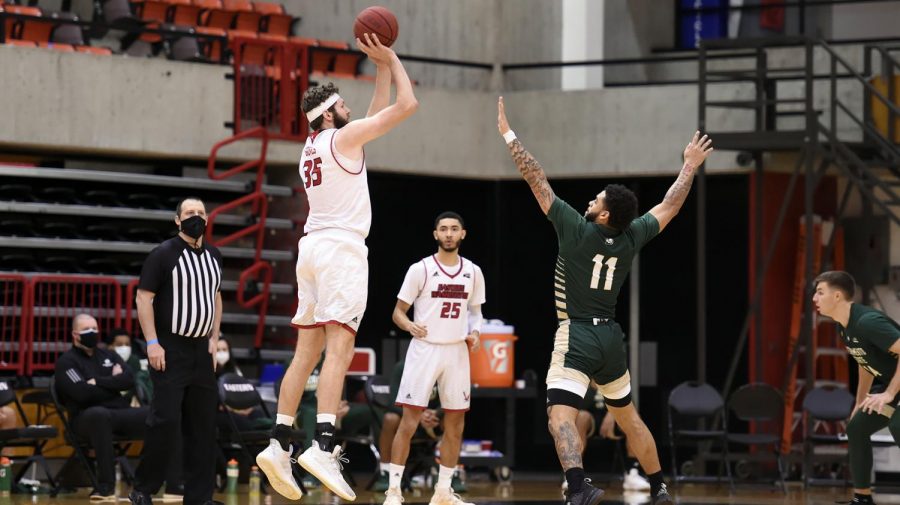 The two-game series format is how the Big Sky conference has scheduled the remaining games. EWU was originally scheduled to play SSU on Jan. 28 and 30, but was rescheduled due to a player who tested positive for COVID-19.

Both teams took safety precautions and were able to move the games just a couple days late.

EWU won the first game 68-60, which included a first half where they were able to hold the Hornets to just 22 points.

Head coach Shantay Legans, said he was impressed with the team’s defensive effort in the first half.

“I thought we came out and played with a lot of energy,” Legans said. “I think we only allowed 22 points in the first half … which is probably one of the best [half’s] all season for us.”

Legans’ credits the team for being prepared for the game and knowing their scouting report, by having to rely on zoom calls to prepare for this series of games, due to a positive COVID case. 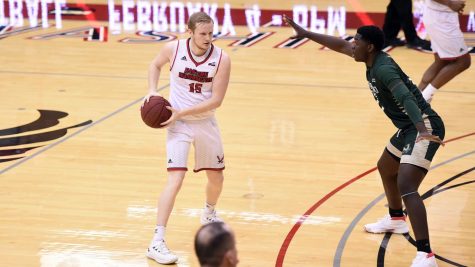 “But you know it’s a long game … we had to play tough and we had to play smart … and I’m really proud of our guys for doing that.” -Shantay Legans, Head Coach
EWU outscored SSU in the paint 36-20, and off the bench 26-9.

Senior guard Jacob Davidson came off the bench and scored 9 points, and sophomore guard Tyler Robertson scored 13 points, 11 of those coming in the second half.

Junior forward Tanner Groves led EWU with 23 points and 15 rebounds, while shooting 9-16 from the field, including 3-7 from beyond the arc.

Groves complimented the teams offensive effort in the first half.

“As a team in general we came out strong in the first half,” Groves said. “We were great offensively … we were getting great shots.”

In addition to the teams first half defensive effort, Legans also praised the team, and specifically Groves’ effort to rebound.

“They only had three offensive rebounds in the first half,” Legans said, “They are one of the best rebounding teams in the league … [Junior forward] Tanner [Groves] had 11 rebounds by halftime … and it wasn’t just him … other guys were blocking out well.”

Legans said there was no reason for the team to panic, citing that the 15 point deficit was only 4 minutes into a 40 minute game.

Legans said the team was better in the second half.

“We shot the ball in the second half well,” Legans said. “But you know it’s a long game … we had to play tough and we had to play smart … and I’m really proud of our guys for doing that.”

Sophomore guard Tyler Robertson led EWU with 20 points off the bench and shot 7-8 from the field, including 4-4 from beyond the arc. Robertson also added six points and six rebounds.

Robertson had 20 of the 47 points manufactured from the bench, a season high for EWU.

EWU will play at the University of Idaho on Feb. 4.