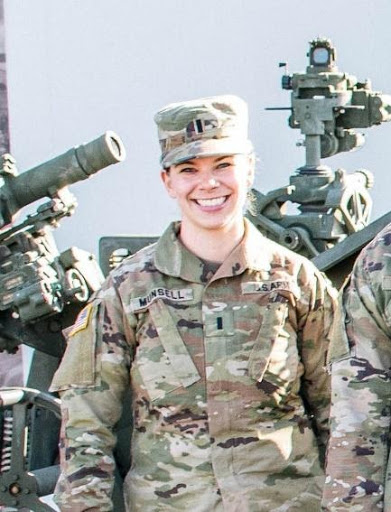 Letters to the editor do not necessarily reflect the views and opinions of The Easterner, its staff or Eastern Washington University. This letter has not been edited except for AP style.

One of the decisions that Cadets in the Eastern Washington University (EWU) Reserve Officer Training Corps (ROTC) have to make before graduation is whether to commission as an officer onto Active Duty, the Army Reserves or the National Guard.  Miranda Munsell, from the EWU class of 2016, decided to commission as a Field Artillery officer into the Washington Army National Guard.  Since graduating from Eastern, she has been promoted to the rank of 1st Lieutenant (1LT) in the 2-146th Field Artillery Battalion, which is part of the 81st Stryker Brigade Combat Team (SBCT).

Due to the COVID-19 pandemic, members of the 81st Stryker Brigade have been supporting local communities in coping with the crisis. From aiding in food bank operations to opening drive-up testing sites, the efforts of the National Guard are making a difference in Washington.  1LT Munsell’s unit was tasked with providing support to the Blue Mountain Action Council Food Bank in Walla Walla, Washington.  The response team that 1LT Munsell is a part of feeds an average of 1,500-2,000 families per week at multiple food banks in the Southeastern Washington Region, with numbers increasing each week.

“It’s so important to me that we can be there when our communities need us. Seeing the impact we have had and being able to be there to assist the people who need it in this time of crisis is extremely rewarding,” said 1LT Munsell.

For anyone interested in becoming a National Guard officer and serving their fellow citizens in a time of crisis, the EWU Army ROTC program is a path to do this.  Incoming and current EWU students can sign up for a Military Science course to explore their options in the Army with no obligation to join.

If a student becomes interested in National Guard service, EWU Army ROTC can help with finding a unit and accessing scholarship benefits. Cadets on a Minuteman or a Guaranteed Reserve Forces Duty (GRFD) Scholarship are guaranteed National Guard service, awarded full tuition or $10,000 annually towards room and board, receive $1,200 annually for books and a $420 a month stipend plus other benefits.  Anyone who wants to learn more about National Guard options can contact EWU Army ROTC at [email protected]

1LT Munsell was recently filmed a short Facebook video for her Brigade that describes the support they are providing to the Blue Mountain Action Council Food Bank in Walla Walla, Washington. Click this link to watch the video. Great job by 1LT Munsell and all the soldiers from different units in the Washington National Guard supporting the COVID-19 response across the state.