Women’s basketball bounced in first round of Big Sky Tournament 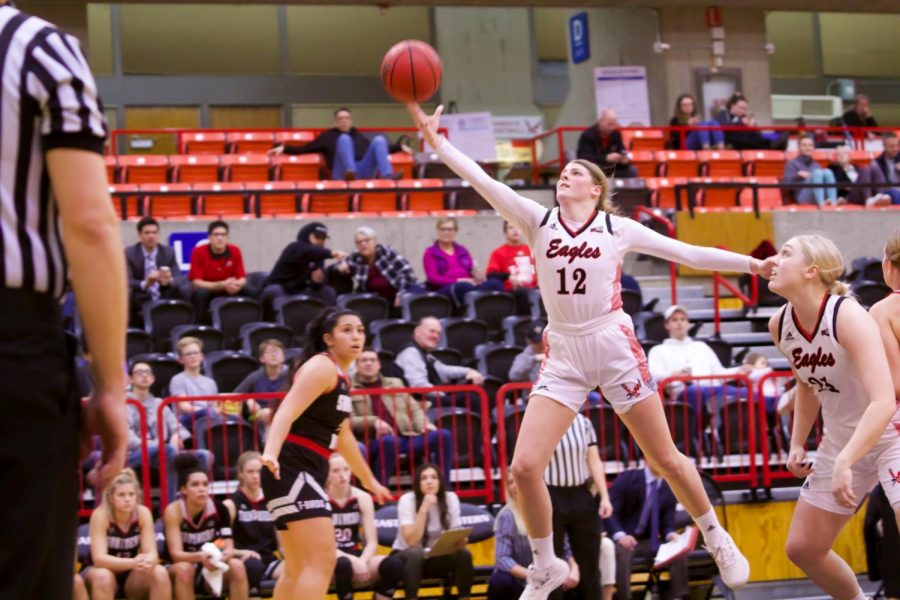 Although the Eagles put up a good fight in the second half, they came up just short against the Portland State Vikings. The No. 10 seed Eagles lost their Big Sky tournament first round matchup against the No. 7 seeded Vikings 83-70.

The Eagles end their season with a 3-18 conference and  4-26 overall record.

Freshman wing Kennedy Dickie led EWU in both the rebounding and scoring departments with 20 points and seven rebounds.

PSU’s win was primarily due to the fact they were able to out rebound the Eagles by 15, which helped them get multiple second chance opportunities and push the ball in transition.

Both teams notched 11 3-pointers, as the shots from downtown came early and often, but PSU shot 47% from the field.

The Eagles put up a lot of fight throughout the course of the game, even trimming the lead down to five after being down by as much as 20, but the comeback fell short in the end, sending EWU into the offseason after one BSC tournament game.