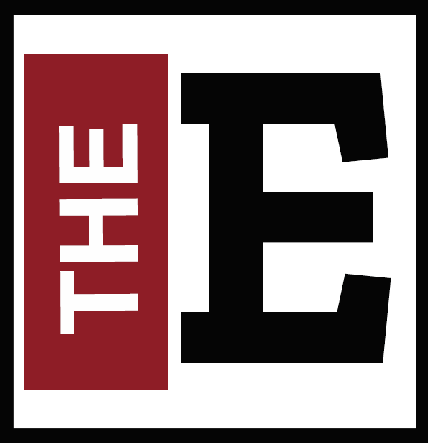 Drew Lawson is the Sports Editor for The Easterner. The overtly hyperbolic opinion expressed in this article is his own, and does not necessarily reflect the opinion of The Easterner’s editorial board.

Like many people that have a vested interest in EWU athletics, the faculty organization report discussion has been of great interest to me. My initial reaction, admittedly, was to text friends and co-workers and talk about how ludicrous the idea of cutting EWU athletics was after reading the story in the Inlander.

Now, I still hold the opinion that making cuts or adjustments to athletics isn’t the direction EWU needs to take in the face of budget cuts. Athletics seem to serve the purpose that athletic director Lynn Hickey reaffirmed to The Easterner: athletics is the front door to EWU, and academics are the rest of the house.

I didn’t hear about EWU because of the new STEM building, the morbidly obese squirrels or even The Easterner. My first exposure to EWU was the red football field. Former running back Sam McPherson is in the same boat, telling The Easterner that as a westsider, he wouldn’t have heard about EWU had it not been for football. Also, I wouldn’t have a job without EWU athletics.

While my general stance on the idea of cutting or changing athletics hasn’t ultimately changed since my first exposure to it, I did want to read the whole report and form a more educated opinion about its intent and possible outcomes. As it turns out, I think Dr. David Syphers and his team had some valid points of discussion. Here are five takeaways I had from reading the report and conducting several interviews regarding the subject.
1. Fans don’t have to worry–EWU isn’t cutting athletics or the football team.
It’s not happening. Lynn Hickey said it. EWU Twitter said it. I said it. Don’t worry, EWU athletics aren’t going anywhere. Cool? Cool.
2. There was a lot of talk about what appears to be a lot of nothing.
Going back to Takeaway No. 1, EWU has made it perfectly clear that there will be a Division I football team and athletic department at the university.

The report was talked about in places that are even more desolate and sad than Cheney, such as Ohio. But unless Syphers can drastically change the Board of Trustees’ minds at Thursday’s meeting, all the hubbub appears to be quite inconsequential, if not an interesting talking point.
3. It’s worth talking about the budget.
Syphers said his main goal of writing the report was to start a discussion about whether the athletic budget or department needs tinkering in the context of budget cuts. It’s certainly not breaking news that EWU is making cuts across the board in various departments. The athletic department took a 3% hit last year.

Everyone *wishes* there wasn’t a budget gap, including myself. If EWU weren’t short on cash, The Easterner would be rolling in dough and sending six to seven reporters and photographers to all sporting events, home and away. (A joke, but I can dream.)

As these cuts occur, it’s certainly worth evaluating the athletic department within the tough discussions that must be had.


4. People should read the report and create an informed opinion.
A lot of people clearly didn’t read the whole report before making proclamations calling for all the faculty to repent of their sins or asking Lynn Hickey what they should do now that the Inferno is going to be incinerated. My drippingly sarcastic tone aside, Syphers hit the nail on the head when he told The Easterner that people should read the report and think about its whole message before commenting. Being educated on any subject before making blanket statements is important and this is no different.
5. It’s difficult to put a dollar amount on the impact of athletics.
Syphers and his team made an admirable effort in attempting to calculate costs and compile pages and pages of data in an attempt to gauge the impact of athletics at EWU, and I commend them for that. However, I don’t think it’s that simple. How many people’s first exposure to EWU is the red football field, compared to the PUB or JFK Library? It’s hard to tell, but the local media doesn’t tend to do stories on academia at EWU, for better or worse. Calculating that impact and exposure would be very difficult to do.

Not only that, but athletics significantly impacts the city of Cheney. Football games are the largest concentration of people in the city each year by a wide margin, and local businesses profit from people coming into town for the game. People stay at Holiday Inn for the weekend, chow down on Zip’s and Gerardo’s, and get plastered at Wild Bill’s LongBar and Eagle’s Pub. Take athletic events away, and what type of economic hit does the city take?

To sum it all up: EWU’s budget crisis is worth discussing, but making changes to the athletic structure probably isn’t the ultimate solution. •