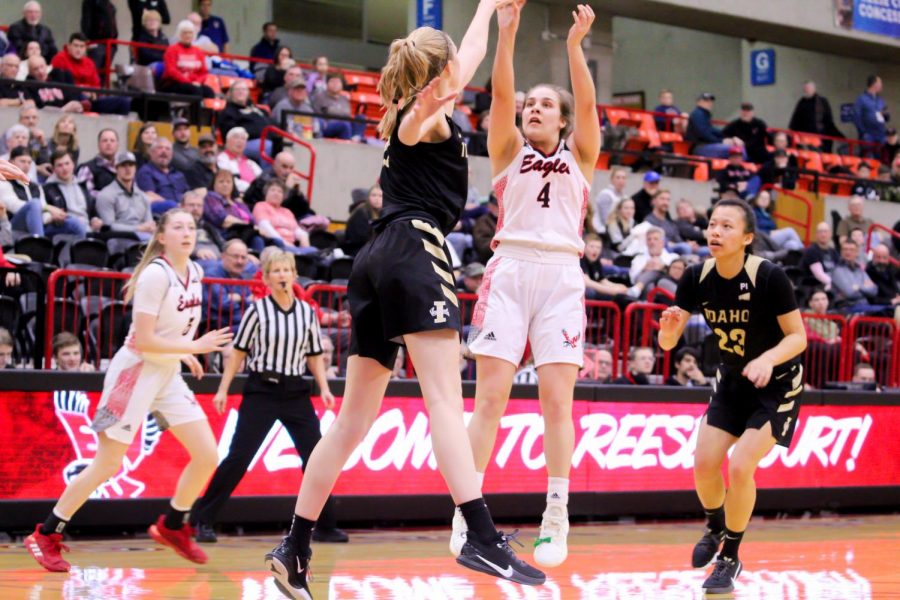 EWU was led in scoring by sophomore center Bella Cravens, who had 12 points. Cravens also led the team with eight rebounds.

Head coach Wendy Schuller said the team struggled in the second half.

“Disappointing second half effort,” Schuller said. “The first half we did some things we wanted to do and we played hard.”

EWU’s bench was outscored 25-2. Schuller said the bench has been beat up, but didn’t perform their best Thursday night.

“It’s something that we talked about getting better at,” Schuller said. “Offensively we are running stuff … trying to get the ball more inside.”

Cravens said that turnovers leading to points for other teams has been a challenge for EWU.