EWU bounces back with win over Montana State 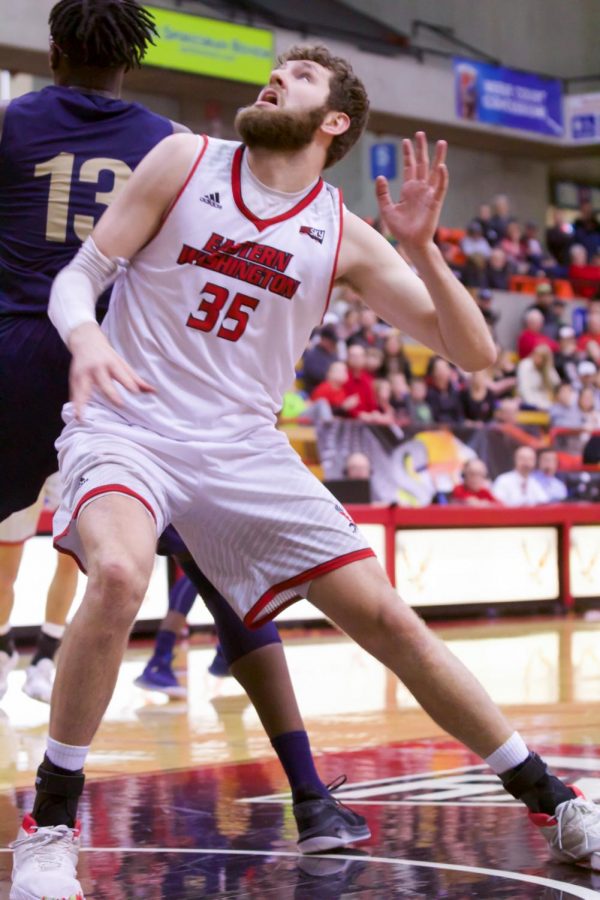 Two nights ago EWU took the L, but today they bounced back.

The EWU men’s basketball team (9-3, 16-7) beat the Montana State Bobcats in convincing fashion Saturday by a score of 74-49. The win came less than 48 hours after an emotional 92-82 loss to Montana Thursday.

EWU played lockdown defense during a game that was rarely in doubt. The Eagles held MSU to 22% shooting from the field, and MSU had just 16 points in the first half. The 49 total MSU points were the fewest EWU has allowed in Big Sky Conference play this season.

“I think we played guy’s tendencies really well,” Peatling said. “We have a lot of respect for (Frey), he’s a really good competitor. The guys who guarded him … stepped up huge, and the guys around him (did) a good job of getting the ball out of (Frey’s) hands.”

Peatling had a double-double with 19 points and 10 rebounds. 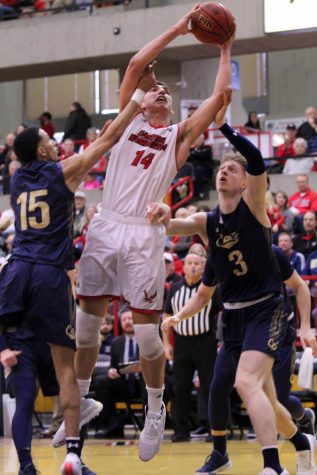 Mckenzie Ford for The EasternerEWU senior forward Mason Peatling goes up for a layup. Peatling led EWU with 19 points and 10 rebounds in Saturday’s 74-45 win over MSU.

Much of EWU’s offensive spark came off the bench in the form of sophomore forward Tanner Groves. Groves scored 16 points while shooting 4-5 from three-point range.

Groves said he hadn’t been pleased with his performance over the last couple weeks, so a prime shooting performance today felt good.

“The last three (or) four games, I haven’t played my best,” Groves said. “I went in last night and got shots up with the coaches. I put my head down, I put the work in. I just wanted to get better.”

EWU had a balanced offensive attack, despite getting just one point from leading scorer Jacob Davison. EWU had 14 players see action Saturday, and 12 of those players scored.

All of EWU’s starters played under 30 minutes, which Legans said was a nice luxury. EWU was playing in its fourth game in eight days.

“It was good to get these guys rest,” Legans said. “They deserve it. They played really well.”

Next up for EWU is a home date with the Idaho Vandals on Feb. 13. Tip-off from Reese Court is at approximately 7:45 p.m.