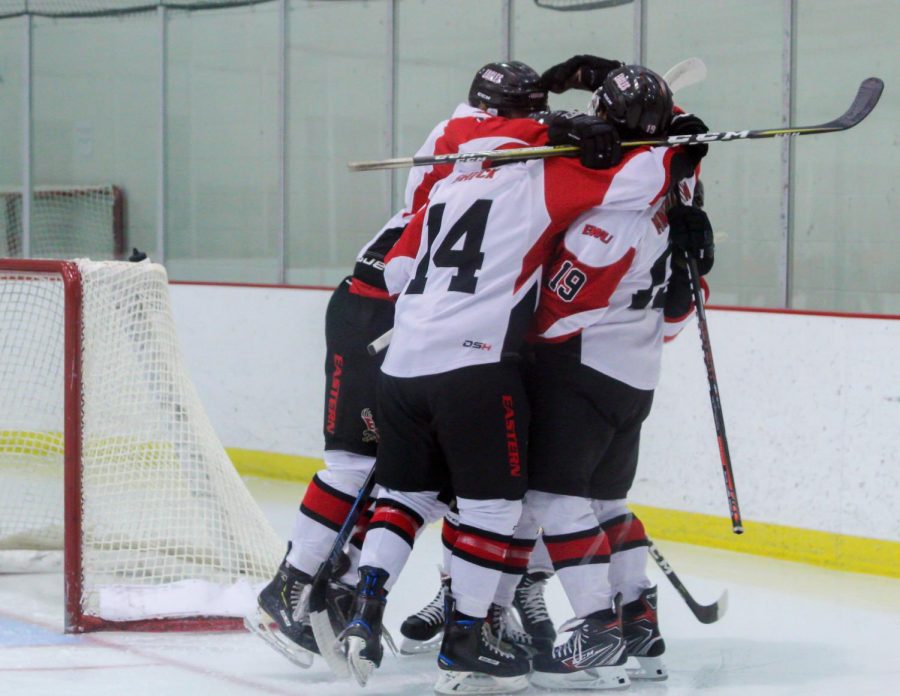 EWU players celebrate a goal during the Eagles' 6-4 victory over Montana State Saturday.

Head coach Will Mix said he was disappointed in the team’s composure after the game Friday night.

Saturday was a much different story.

The final score was 6-4 EWU. This was the first time EWU has beaten a top 3 team at home in program history.

Baehr’s goal was the first of the season for him.

Senior Jake Bowen got the start at goalie.

Bowen said it meant a lot to get a win in his last home game.

“Obviously all the wins mean a lot and are big for us, but this one means a lot,” Bowen said. “Showing the Eastern fans a good hockey game… a good performance out of me was big for me tonight.”

Mix said the team played their hearts out tonight, for a number of reasons.

Mindermann said Saturday’s victory carried a lot of importance to him.

“I’ve played here obviously for 4 years,” Mindermann said. “We’ve won a championship in the barn… but that win against that caliber of a team… that meant the most… especially on senior night.”