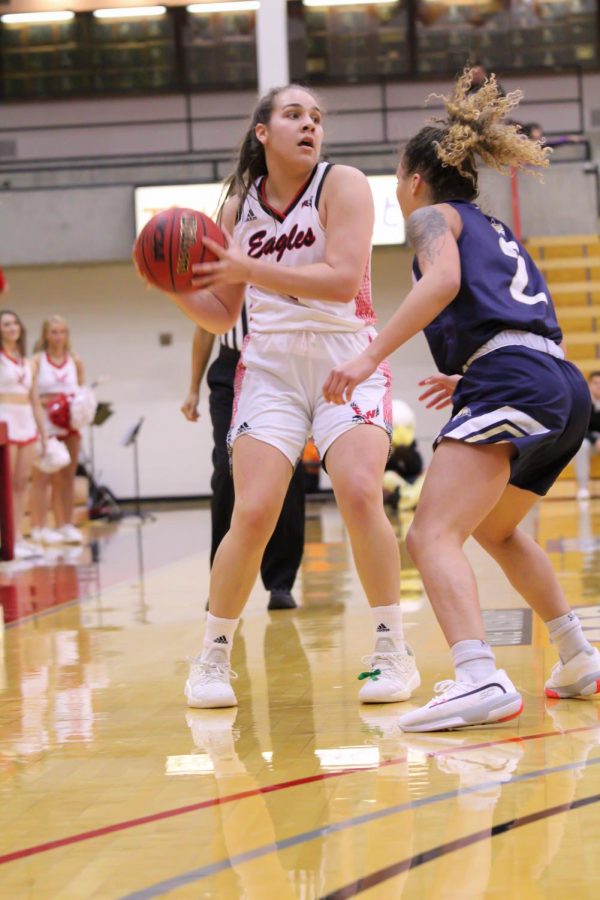 The EWU women’s basketball team (1-5, 2-13) fell short 89-85 in double overtime to the Montana State Bobcats Saturday. MSU is in first place in the Big Sky Conference.

It wasn’t all bad for the Eagles Saturday, as EWU broke the record for most three pointers in a game in school history, with 17.

Head coach Wendy Schuller said she was proud with the way the team played.

“It was one of those games you’d hate for either team to have to lose, because both teams really left it out there,” Schuller said.

Three Eagles were in double figures.

Schuller said she was pleased with how the freshman have performed during a stretch in which several EWU players have been unavailable.

“We’ve gone through a lot this last month,” Schuller said. “We’ve been down people … Jenna (Dick), Kennedy (Dickie) and Alexyss (Newman) are all kids that have really stepped up their games.”

EWU not only had 17 threes, but also scored 28 points in the paint. Schuller said one of the team’s goals was to score a lot in the paint.