Bulldogs too much for Eagles in rout at The Kennel 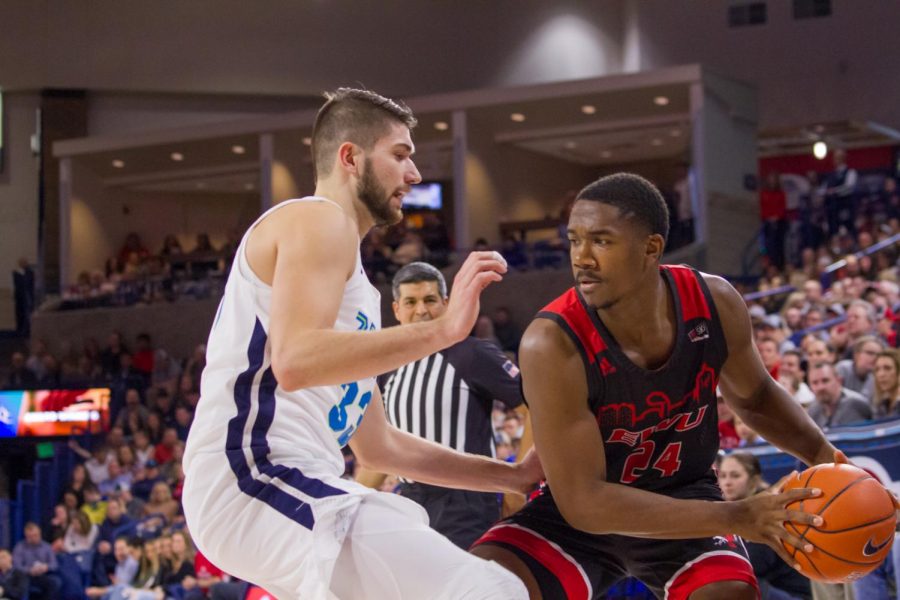 The No. 2 Gonzaga Bulldogs came into Saturday’s game as the highest ranked squad the EWU men’s basketball team has ever played. That fact was reflected on the court, as EWU (7-4) lost soundly 112-77.

EWU gave up 64 first half points and trailed 64-33, never giving itself much of a chance. GU used its big size advantage and balanced offensive attack to pull away early.

The Bulldogs had five players in double figures by halftime. Filip Petrusev had 17 points at the break, while Joel Ayayi had 12. Corey Kispert added 11 points while Ryan Woolridge and Admon Gilder had 10 each when the first half buzzer sounded.

EWU senior forward Mason Peatling said it was a challenge to defend a team with such a balanced offensive attack.

“They send two to three guys that are taller than all five of our guys every play,” Peatling said. “Once the ball is up and every guy’s getting different rebounds, they’re going to have really balanced scoring.”

GU outrebounded EWU 49-34. EWU gave up 21 offensive boards while getting just 13 themselves.

EWU had three players in double figures. Junior guard Jacob Davison led the way with 17 points, including 13 in the second half. Senior guard Tyler Kidd came off the bench and went a perfect 5-5 from the field and 4-4 from the line for 16 points. Sophomore guard/forward Kim Aiken Jr. added 11 points.

EWU’s normally potent offensive attack was stymied in the first half, and the Eagles had trouble shooting from downtown all game. EWU finished just 6-20 from distance for the game.

Kispert said GU’s ability to limit EWU’s three-point attack was part of the Bulldogs’ game plan. “We had all our bases covered,” Kispert said. “We (were) switching screens (and) closing out hard, making them put it on the deck.”

One of EWU’s main goals this season is to make the NCAA Tournament. GU has the skill level of the type of team the Eagles would likely play if they got here. Davison said tonight’s game was a good measuring stick to see how EWU matched up against top tier competition.

“They’re a nationally ranked team,” Davison said of GU. “That’s all we (would) play, is top teams in the tournament, so it was a really good test for us. Now we have all our Big Sky play to work out the little kinks we have and make it to the tournament.”

EWU wraps up nonconference play with a 7-4 record, the program’s best since the 2014-15 season. That season was the most recent Eagle squad to make an NCAA Tournament appearance. Big Sky Conference play is next up for EWU.

The Eagles hit the road to take on the Weber State Wildcats on Dec. 28. Tipoff from Ogden, Utah is set for 1 p.m.