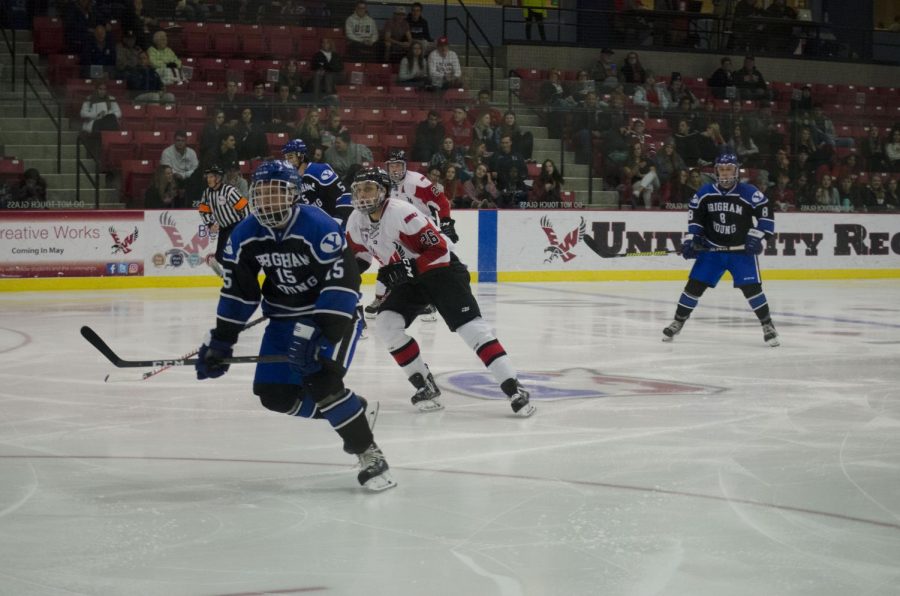 EWU interim head coach Tyler O’Donnell said the team will use the game to build toward this weekend’s series with Boise State University.

“This is something great to build off for tomorrow and Saturday,” O’Donnell said. “We told the boys some things that we wanted them to accomplish and they found a way to bring it together…we played as a team…it stings not to get the win, but it is what it is and sometimes the puck doesn’t bounce your way.”

O’Donnell said the team is going through a bit of fatigue after playing four games in seven days.

“We practiced yesterday and the day before after only having one day off after having three games in four days,” O’Donnell said. “But really they just got to focus on pushing through that… everyone’s tired… hockey’s an intense game… we just gotta learn to push through it and not allow it to affect our game.”

Senior goalie Jake Bowen got his first start of the year Thursday night.

“It was a moment that was very much awaited,” Bowen said. “I felt like I have been working hard in practice… trying to prove myself… really earn my spot… it was a big, big start for me.”

“I think we came out great,” said Bowen. “We came out real hard in the first period… we were skating with them… unfortunately we had one unlucky bounce… as far as energy level we came out kicking.”

EWU will be taking on Boise State today at 7 p.m. in the first of a two-game series. O’Donnell said that the team is feeling “optimistic” about the big weekend against Pac-8 rival Boise State.