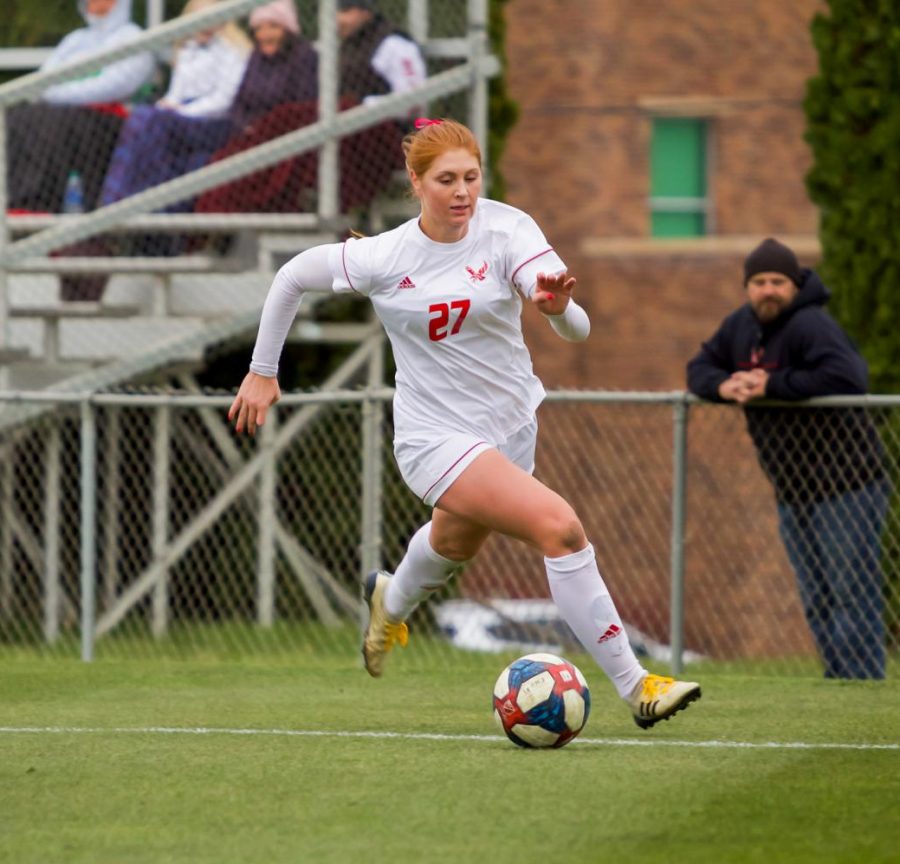 EWU senior forward Brooke Dunbar chases the ball along the sideline. Dunbar scored her fourth goal of the season during EWU's 3-0 victory over Southern Utah on Oct. 18.

The win was EWU’s fourth straight. The Eagles are unbeaten through five consecutive Big Sky Conference matches after starting BSC play with a 1-1 draw against Northern Colorado.

Delridge said the key to EWU’s hot streak has been the hard work the Eagles have put in since the beginning of the season.

“We had a lot of talent and we played well, but we didn’t have the results early on,” Delridge said. “Everyone has been putting in extra work and (been) good teammates … it’s starting to pay off.”

EWU hasn’t allowed a goal in three straight matches. SUU failed to even get a shot on goal in Friday’s game. EWU head coach Chad Bodnar said the whole team has improved defensively this season.

“Our midfield is … providing some coverage for our back four,” Bodnar said. “It’s coming together, and at the right time.”

Senior forward Brooke Dunbar scored first for EWU in the 10th minute. Delridge’s goals came in the 27th and 31st minutes. Neither team scored in the second half.

EWU returns home on Sunday, Oct. 20 to take on the Northern Arizona Lumberjacks. Kickoff is scheduled for noon from the EWU soccer field.