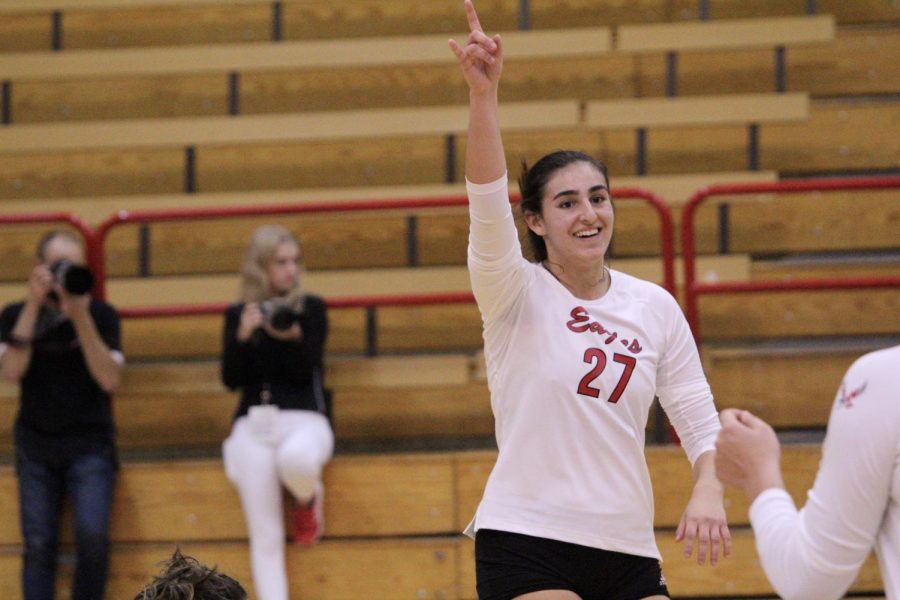 EWU players euphorically rushed the court to celebrate as head coach Leslie Flores-Cloud embraced her assistant coaches. Looks of celebration, relief and elation were visible on their faces. The volleyball team was celebrating one simple fact: The losing streak is over.

EWU’s win not only snapped a 26-match BSC losing streak, but also broke a 14-match losing streak overall. This was Flores-Cloud’s first BSC win since taking over the head coaching position in 2018.

Flores-Cloud said the win meant a lot to her, because she and the team still believe they can make a run in the BSC.

“We just needed to get this monkey off our back,” Flores-Cloud said. “We’re going to go full steam ahead.”

Linke said the win gave the team a lot of confidence.

“We were talking in the locker room before (the match),” Linke said. “We said, ‘we need this to prove to ourselves that we’re good enough.’ We came out ready to play tonight and showed what Eastern volleyball is all about.”

EWU is back in action on Saturday, Oct. 19 to take on the Northern Arizona Lumberjacks. The match is set to begin at 2 p.m. from Reese Court.