Eagles fall to Sac State for first time since 2008 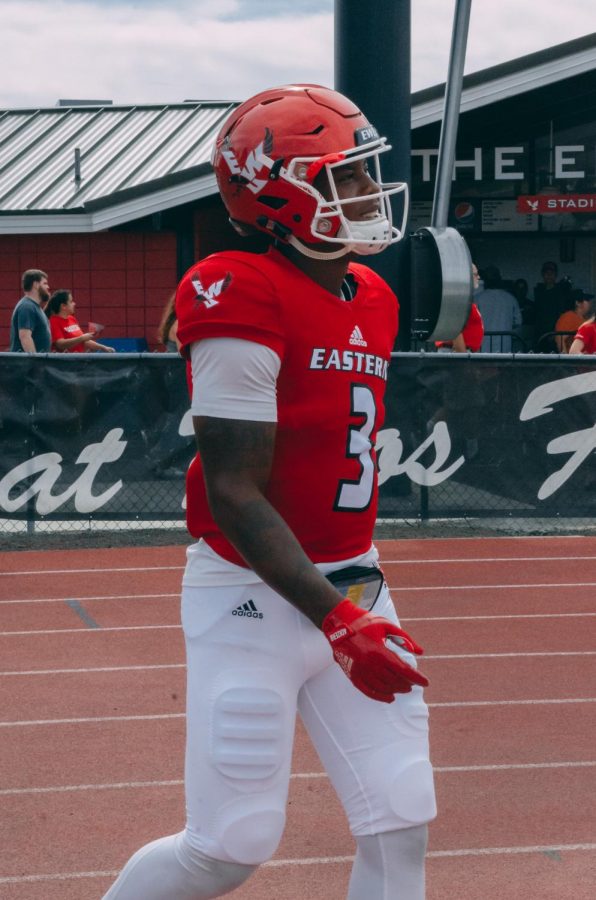 EWU scored a touchdown on its first drive of the game when junior quarterback Eric Barriere found junior wide receiver Talolo Limu-Jones for a seven-yard score, but Sac State rattled off 21 straight points to close the first quarter. The run was capped off when Barriere threw an interception that was returned 25 yards into the endzone by Sac State sophomore linebacker Miguel Garcia.

Barriere exited the game in the second quarter after suffering an undisclosed injury. His replacement, Gunner Talkington, was under center for five possessions. EWU either punted or turned the ball over on downs on each of those possessions as Talkington went 2-11 passing. At halftime, Sac State led 27-14.

Barriere returned to the game midway through in the third quarter and promptly led a scoring drive that resulted in a one-yard touchdown run by senior running back Antoine Custer Jr. to cut the EWU deficit to 34-20. EWU immediately got the ball back at the Sac State 36 after freshman cornerback Tre Weed picked off Sac State junior quarterback Kevin Thomson, but the Eagles turned the ball over in downs.

The EWU defense kept Sac State from scoring again, and Barriere found senior wide receiver Jayson Williams for a 27-yard touchdown on the ensuing drive to make it 34-27 with 13:11 left. All hopes of a comeback victory were quickly dashed, however, as Sac State scored on its next possession. EWU’s offense failed to score for the rest of the game.

Sac State drove the nail into the coffin with a 66-yard fumble return for a touchdown by senior defensive lineman George Obinna. The turnover was Barriere’s second of the game, both of which resulted in Sac State touchdowns.

EWU returns to Roos Field on Oct. 12 for a homecoming showdown with the Northern Colorado Bears. Kickoff is scheduled for 1:05 p.m.