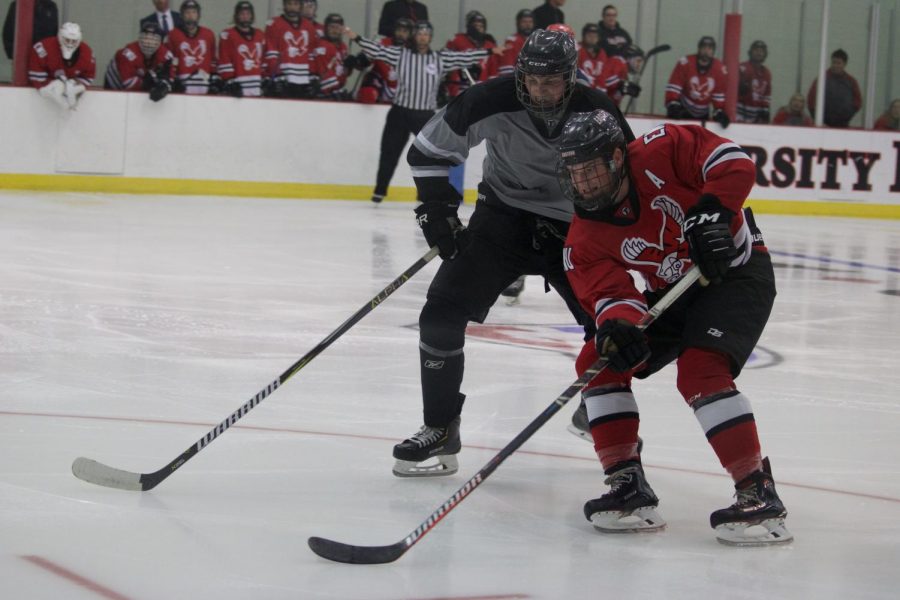 The EWU hockey team (2-0) scored a total of 12 goals Friday in the season opening game against Gonzaga (0-2) at the URC in Cheney. Senior forward Reed Kaiser led the team with three goals. Junior Austin Azzinnaro, sophomore Mitch Hunt and freshman Jake Best all tacked on a pair of goals.

Gonzaga was very quiet on the offensive end, recording just two shots on goal. Both were swatted away by the Eagles’ goalie, Wyatt Monear. Monear was able to manage a shutout Friday night, but credited his teammates for how well the team played as a whole on the defensive end.

“The defensive end was just absolutely a great effort,” Monear said. “All the boys were firing off on all cylinders and there was great communication.”

Senior and team captain Zac Mindermann, who scored a goal in the first period, was very pleased with the way the team played overall.

“I think the score kinda shows it all,” Mindermann said.“We came together, we did what we needed to do on the ice. The work we have been putting into practice the last couple of weeks was shown tonight…we were excited to get out there.”

“Great team effort all-around, got the win, I mean, it’s just more of a team sport you know,” Kaiser said. “I love to have fun, I am just glad to be back with the boys.”

EWU’s second game of the two game series has been cancelled, as Gonzaga elected to forfeit Saturday’s game.

EWU will now be headed to the Ice Breaker showcase tournament in Bismark, North Dakota. Team updates can be found at ewuachahockey.com. Follow @easternersports on Twitter for live coverage of all home games.