April 20 has become an unofficial holiday for marijuana users. In this article, we discuss marijuana’s presence in Cheney and EWU.

The most credible origin of the term “4/20” goes back to 1971 when  five students known as the “Waldos” from San Rafael High School in Marin County, California met at 4:20 p.m. on school grounds to smoke marijuana.

This clarification, which has been confirmed by Snopes, Time magazine and numerous other news organizations, puts the plethora of rumors surrounding the history of “4/20” to rest.

No, Adolf Hitler’s birthday had nothing to do with it, and there are certainly not 420 chemical compounds in marijuana.

What began as an organized time to meet up and puff some smoke has evolved into what many marijuana users would deem an international holiday for marijuana on April 20, or “4/20.”

Rhea Gabriel, a lead budtender at Lucid in Cheney grew up in an environment where marijuana had a stigma attached to it.

“If you were someone who smoked, whether for medical or recreational use, you were just kind of not a good person, or you were druggies, or just kind of looked at negatively,” Gabriel told The Easterner.

Despite the negative implications, Gabriel was compelled by the medical benefits marijuana can offer, and that’s why she started working in the marijuana industry.

Budtenders are marijuana dispensary employees that guide customers into choosing a product. It is illegal for employees in Washington to discuss the therapeutic benefits of cannabis. Gabriel said it helps that budtenders are familiar with how the product is grown or have a thorough understanding of the vendor’s background.

“You’re helping people with not only medical but recreational use, because there is such a broad spectrum of this product from concentrate to edible, to topicals,” Gabriel said. “(Budtenders) just really (are) helping somebody receive a product that’s going to help them, or have them metabolize or ingest it in a way that’s going to work best for them.”

Many employees at Lucid have their Medical Marijuana Certified Consultant certification, according to Gabriel. The certification is not required in Washington.

“There’s things when it even comes to like medical, even if it is like straight CBD, we’re not legally allowed to say, ‘yes, this will for sure help you’ or ‘this will for sure not show up on a drug test,’ things like that,’” Gabriel said. “Because everything is ingested by people differently.”

Gabriel said that Lucid sees a wide range of customers.

“We have a huge college student demographic, obviously being in a … college town,” Gabriel said. “But then I would say a lot of our medical (customers) are majority of the older generation … so I mean we get everybody in here.”

Similar to the origin of the “4/20,” rules and regulations related to marijuana can be a bit hazy.

Marijuana was legalized in Washington state in 2012 for consumers 21 and older. Anyone under 21 cannot legally possess marijuana and can be arrested for possession. Although the state legalized cannabis, EWU, as a federally funded institution, prohibits the drug on campus regardless of age.

You’re helping people with not only medical but recreational use, because there is such a broad spectrum of this product from concentrate to edible, to topicals.”

The EWU police receive calls concerning marijuana every other week and the department expects to receive a few calls on April 20, according to EWU police officer Nick Bickley.

“So if you’re over 21 and I get called to your dorm room because I can smell the odor of marijuana and you say, ‘yeah, I have marijuana in my room’ I can’t arrest you for it, but the university can take action against you,” Bickley said. “Because they’re federally funded, they want to enforce federal law, and it’s not federally legal.”

Bickley has been on the EWU police force for six years, which is as long as marijuana has been legal in Washington. According to Bickley, the biggest changes to marijuana on campus over the years are that it’s gone from being distributed in a ziplock bag to a retail package, and that the potency has gotten “drastically higher.”

“The highest that I’ve found on Eastern’s campus was 97.7% (THC),” Bickley said. “That was actually in a concentrated oil, but I couldn’t believe that it was actually that high. It was almost pure THC.”

EWU police have to investigate every marijuana call they receive. Bickley has confiscated marijuana from every resident hall on campus.

Bickley said he gets the most marijuana calls for dorms Pearce and Dressler because they house the most freshman and that perhaps they haven’t been exposed to more “adulting situations.” He added that dorms are the number one place he receives marijuana calls for and vehicles are second.

The rumor that you cannot get a DUI with marijuana is not true. That U.S. Department of Transportation safety campaign slogan, “If you feel different, you drive different. Drive high, get a DUI,” is correct.

“I’ve heard yeah you cannot get a DUI with marijuana,” Bickley said. “That they basically have to find that you’ve gotten into a collision or that you have to drive on the wrong side of the road, or something like that. But that’s not the case. I’ve stopped plenty of cars driving right down the middle of the road that were DUI.”

“There’s a time and place to have fun, (students) need to be responsible with it if they can smoke marijuana,” Bickley said.

For more information on cannabis dispensaries in the Spokane area go to potguide.com. To find out more about EWU’s drug policy go to sites.ewu.edu/police/policies-and-laws/.

Step 1: “I’ll stop a car and smell marijuana, and if they exhibit the signs of having smoked marijuana, I run them through some field sobriety tests.”

Step 2: “If I determine there’s a level of impairment that’s affecting their ability to drive, I’ll arrest them for a DUI regardless of age.”

Step 3: “Then what I’ll do is I’ll take them to a processing place, which is typically the Cheney Police Department. And because you can’t blow into a tube like alcohol (content detection), I’ll write a search warrant.”

Step 4: “After I write a search warrant I’ll send it to a judge. I’ll email it to them, (and) they review it electronically. If they determine (the warrant), they sign it and send it back.”

Step 5: “Then I call the fire department to the police station, and they will draw their blood.”

Step 6: “After they draw their blood I have to send it to the Washington State Toxicology Crime Lab.”

Step 7: “(WSTCL) will do a test on the blood and determine the nanograms of the active ingredient of marijuana in the blood, which if it’s anything over five (nanograms) it’s an automatic DUI. It doesn’t matter how their driving was, (and) it doesn’t matter how they did on their field sobriety test.” Five nanograms of marijuana is the equivalent to 0.08 blood alcohol content. “It probably on average is between four and fives months right now..”

So if you’re over 21 and I get called to your dorm room because I can smell the odor of marijuana and you say, ‘yeah, I have marijuana in my room’ I can’t arrest you for it, but the university can take action against you.” 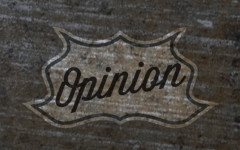 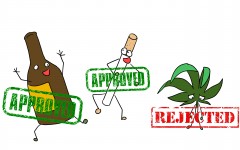 I recently got into a debate with someone about the positive use of hemp. I was dumbfounded when he thought hemp was the same thing as marijuana. Alth...

If you want a picture to show with your comment, go get a gravatar. 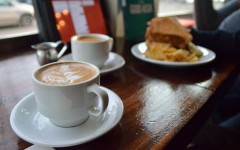 A catalyst for change 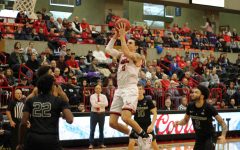 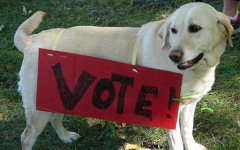 The Easterner • Copyright 2020 • FLEX WordPress Theme by SNO • Log in