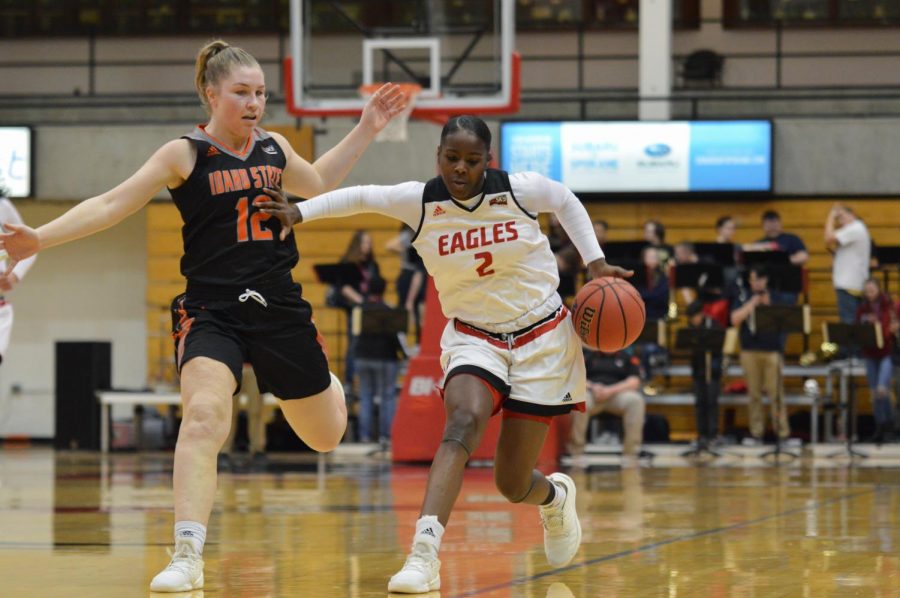 Junior forward Uriah Howard pushes off on an Idaho State defender in EWU's 74-45 loss on Thursday. The loss guaranteed the Eagles the No. 6 seed in the upcoming Big Sky Conference Tournament.

“We have to get more locked in and put this behind us quickly,” EWU head coach Wendy Schuller said. “We have to get back after it tomorrow and get ready for Saturday.”

Coupled with Montana State’s victory over Sacramento State, the loss locked EWU into the No. 6 seed for next week’s Big Sky Conference Tournament. This is the first time since 2011 that EWU has failed to finish top five in the BSC regular season standings.

EWU has one regular season game remaining which comes Saturday, March 9 against last-place Weber State. The Eagles will play the Wildcats twice in a three day span, as they open the BSC Tournament on Monday against Weber, with both teams locked into their respective seeds. Tip-off for Saturday’s game is at 2:05 p.m. from Reese Court.