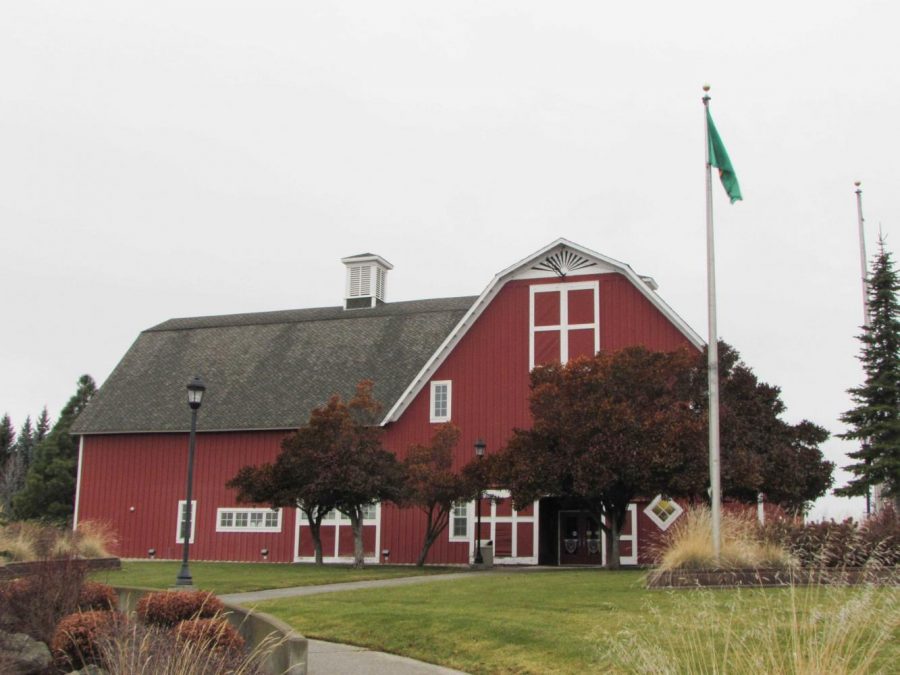 The Red Barn, located on Washington Street, is home to the EWU Police Department. The university is being sued because of the police department's alleged discrimination toward former officer Maria Fell.

Former EWU police officer Maria Fell is suing the university claiming she was discriminated against based on her gender and status as a new mother.

The lawsuit, filed Oct. 29, 2018, in the Spokane County Superior Court, is alleging the university’s police department did not provide her an appropriate place to breastfeed, required her to complete superfluous training and treated her differently than other officers.

Fell, who is represented by attorney Kammi Mencke Smith, joined the EWU Police Department in July 2016 and left for maternity leave in fall of the following year, according to the lawsuit.

After returning on Feb. 7, 2018, Fell’s lawsuit alleges the EWU Police Department took “adverse employment actions” against her by placing parameters on her breaks, denying her a space to “express her breast milk” and required her to complete three additional months of training.

The lawsuit claims that this violates the Fair Labor Standards Act, which states that nursing mothers “shall be provided reasonable break time to express milk for the first year after the birth of their child” and “shall be provided a place which may be used to express their breast milk.”

Fell alleges that she was denied her request for accommodation and was told that if she were to go home to “express breast milk” that she was to drive her personal vehicle and her commute would be part of her break.

She would also need to remove her police gear while on the break.

According to Fell, other officers who took their breaks at home did not have the same stipulations. These officers were not told to remove their gear while on breaks and their commute time was not part of the break.

Fell was also required to complete an additional three months of on-the-job training upon her return, something that other officers who had taken time off were not asked to do, the lawsuit claims.

Fell quit the police department on March 2, 2018, citing an inability to “continue supplying her child with breast milk based upon the parameters provided.”

Both the university and police department declined to comment on an active investigation.

The university itself has several options for breastfeeding mothers on campus.

Aside from offices and conference rooms that faculty and students may utilize, there are multiple lactation rooms on its grounds.

“The benefit of those rooms is they have the sink in them, they have comfortable seating, they’re set up for that activity to happen there,” said Director of Wellness and Recreation Programs, Tricia Hughes.

These rooms can be found in Patterson Hall, Showalter Hall and the newly renovated PUB, among others, according to Hughes. •