Opinion: Solving gun violence, one bandage at a time

To really make a difference, we need to focus on what's important: mental health 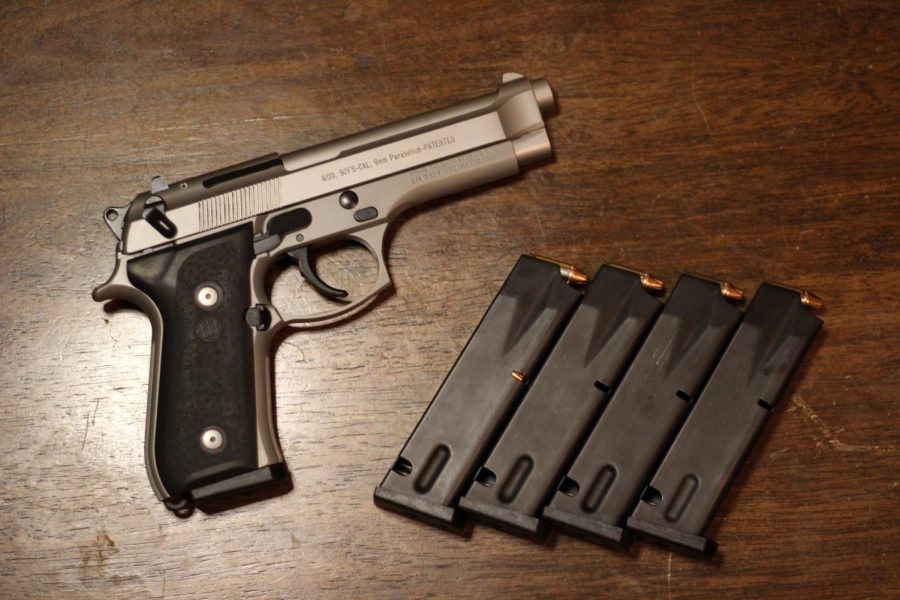 A Beretta 92FS handgun with four, 15 round magazines. The Alliance for Gun Responsibility would consider these magazines to be high-capacity, since they hold over 10 rounds.

Nicolas Zerbe is a reporter for The Easterner. The opinion expressed in this article is his own and does not necessarily reflect the opinion of The Easterner’s editorial board.

The Alliance for Gun Responsibility, one of the driving forces behind Washington Initiative 1639, has set its sights on high-capacity magazines.

Initiative 1639 sought to bring stricter background checks for the purchase of firearms, impose storage requirements and increase the minimum age to buy rifles, all of which does little to deter actual criminals—but absolutely succeeds in inconveniencing law-abiding gun owners.

According to the alliance, the few seconds that it takes to reload a firearm is the difference between life or death.

In a test that was admittedly less than scientific, it took me just four more seconds to fire three standard 10-round magazines versus two high-capacity 15-rounders.

All told, I personally own nine magazines that the alliance would consider high-capacity: that distinction being anything over 10 rounds.

If giving those up meant an end to gun violence, I’d be the first in line—well, maybe not the first, but once it died down a little I’d definitely hop in.

The problem is—it won’t make a dent, at least according to a study by Christopher Koper, an associate professor in the department of criminology, law and society at George Mason’s Center for Evidence-Based Crime Policy.

The study, which covered the effects of a 1994 assault weapons ban that included magazines of more than 10 rounds, found the difference to be negligible.

“We concluded that the ban had not had a discernible impact on gun crime during the years it was in effect,” the study said.

High-capacity magazines don’t cause an increase in shooting fatalities any more than laying on my gas pedal makes me overshoot my destination. I’ll get where I’m going regardless, and if a lunatic wants to see someone dead, a few seconds to swap magazines isn’t going to be the difference.

These magazines will continue to exist regardless of any ban, the only ones who it will have any observable impact on are law abiding citizens—because high-capacity magazines aren’t sold exclusively to criminals, they’re sold to everyone.

Of the five most popular rifles in the U.S.—the DPMS Oracle, Ruger AR-556, Kel-Tec SUB-2000, Colt LE6920 and Smith & Wesson M&P15 according to cbsnews.com—only one, the Kel-Tec, does not come stock with high-capacity magazines.

These aren’t 100-round drums. They hold 15-30 bullets, an amount that makes a negligible difference on the total time spent shooting—but is less of a hassle for hobbyists and hunters who have to reload in the field.

Groups like the Alliance for Gun Responsibility are targeting the wrong issue with their cause. Blaming high-capacity magazines for gun violence is ludicrous.

Going after guns and their components instead of taking a hard look at the mental health of those who commit violent crimes and asking why there wasn’t more done to prevent the act in the first place is a notion that I can’t make sense of.

There is, without a doubt, a problem with gun violence in the U.S.—but attacking the weapons themselves instead of taking a closer look at the ones committing the acts is, to me, foolhardy.