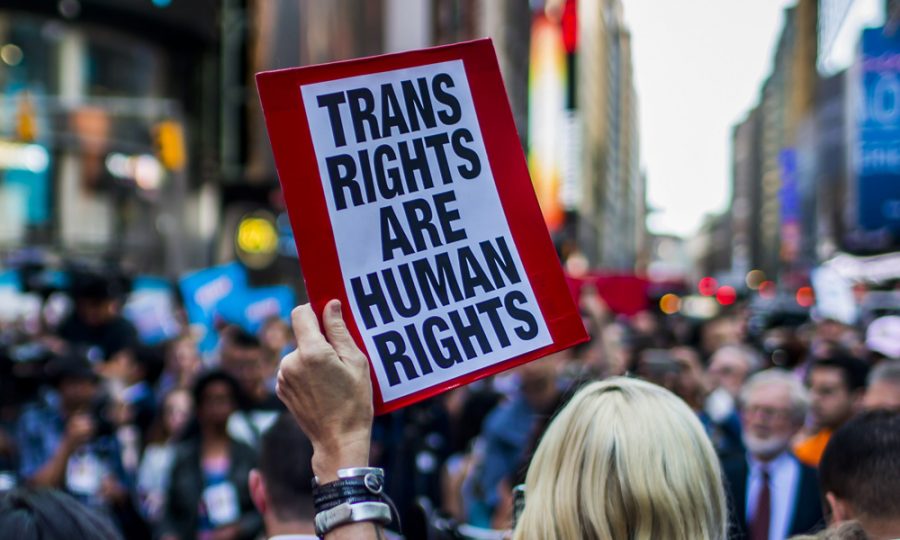 By The Easterner, Editorial Board

On Jan. 22, the Supreme Court allowed the Trump administration’s ban on most transgender people from serving in the military to go into effect.

The nine justices, which ruled 5-4, didn’t take a stance on the legality of the new policy, meaning it will make its way through the lower courts first. The policy makes exceptions for individuals already serving openly and those willing to serve in “their biological sex.”

This reverses a 2016 decision by the Obama administration to allow transgender people to serve in the military.

In July 2017, Trump tweeted about the policy. “After consultation with my Generals and military experts, please be advised that the United States Government will not accept or allow Transgender individuals to serve in any capacity in the U.S. Military,” Trump wrote. “Our military must be focused on decisive and overwhelming victory and cannot be burdened with the tremendous medical costs and disruption that transgender in the military would entail.”

The problem, President Trump, is that the medical costs wouldn’t actually be tremendous.

A 2016 RAND study examined the implications of allowing transgender people to serve openly in the military. It found that total health care coverage for active personnel would only increase by 0.04 to 0.13 percent (or between $2.4 million and $8.4 million).

Furthermore, even with the loftiest of estimates, less than 0.1 percent of the overall force would request transition-related health care that could prevent them from deploying, according to the report.

“As always, we treat all transgender persons with respect and dignity,” the statement said. “(The Department of Defense’s) proposed policy is NOT a ban on service by transgender persons. It is critical that DoD be permitted to implement personnel policies that it determines are necessary to ensure the most lethal and combat effective fighting force in the world.”

From reading the Pentagon’s statement, it is clear that the Department of Defense considers transgender people less capable of serving in the military than cisgender people.

The 2016 RAND study notes that there is no evidence to suggest transgender people are a detriment to the military.

“The limited research on the effects of foreign military policies indicates little or no impact on unit cohesion, operational effectiveness, or readiness,” the report read. “Commanders noted that the policies had benefits for all service members by creating a more inclusive and diverse force.”

So if the policy isn’t scientifically backed and won’t actually save much money, why is Trump so adamant in following through with the ban?

It’s simple: the president is inciting hatred and fear in his base.

“We tend to be scared of things we do not fully understand,” said Nick Franco, the EWU Pride Center manager. “So it makes sense that folks want to keep transgender people—a group that is so often misunderstood and demonized—segregated from parts of society.”

As Franco pointed out, this fear has been at the core of other issues in recent years, including gender-enforced restrooms.

While it is smart to let the cases work their way through the lower courts before making a ruling, the Supreme Court did not need to allow the policy to go into effect.

It is unconstitutional discrimination and sets a dangerous precedent for an already-turbulent president.