Track looks to find its stride during start of indoor season 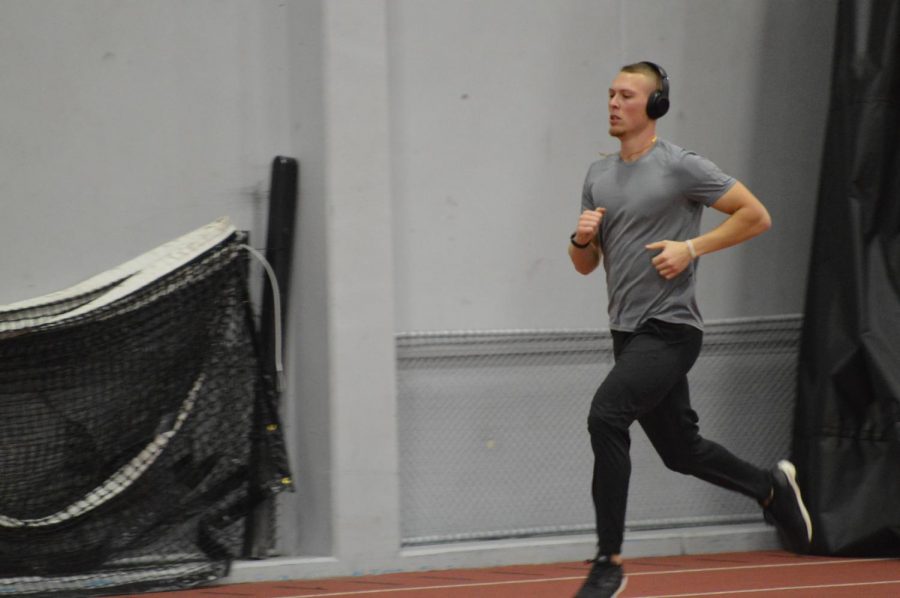 Both the men’s and women’s track and field teams were ranked No. 6 in the Big Sky Conference preseason coaches’ poll announced on Dec. 20.

Despite the poll, men’s head coach Stan Kerr expects a top three Big Sky finish from the men’s squad during the indoor season.

“We have really good talent,” Kerr said. “They’re really balanced, and I’m really excited to see our whole team compete. The upperclassmen know what to expect, and expect a lot out of themselves.”

Leading the group of upperclassmen for the men is junior Keshun McGee, who has already earned the Big Sky long jump championship in both the 2017 indoor season and the 2018 outdoor season.

McGee said that he has a newfound focus heading into this season that he hasn’t had in years past.

“I have pretty high goals for myself,” McGee said. “I hold myself to a high standard. I know other teammates look to me to do great, and I hold myself accountable to do the things I know I can do.”

McGee said that he doesn’t have a leadership role on the team, but that by competing he raises the level of expectations.

“I think we probably have the best sprint group in our whole conference right now,” VanAssche said. “We have probably four people on our team that can run sub-seven seconds (in the 60-meter dash), and multiple of us that could easily make finals.”

Kerr noted that among the sprinters, sophomore Joe Gauthier has made strides heading into this year. Gauthier finished second place behind junior Dawson Lack in the 60 meter dash at the Lauren McCluskey Memorial Open on Jan. 12.

Lack’s win was one of four events EWU men took first place in, with McGee winning the long and triple jumps.

EWU women earned two first place finishes at the meet, including senior Dominique Butler breaking the school record in the pentathlon for the second consecutive meet.

Women’s head coach Marcia Mecklenburg was more reserved than Kerr in the evaluation of the squad, but still said she felt pretty good about the season.

“I think we have some stronger areas than other areas,” Mecklenburg said. “But overall I think its a good group.”

Mecklenburg said she was most excited to see what Butler, defending BSC pole vault champion senior Elizabeth Prouty and All-Big Sky weight thrower senior Paris Flenoy do in competition this year. She added that overall she wants to see what the new, younger athletes are able to do.

New to the team is freshman Ashley Herrera, who joins the team from Lakewood High School. Herrera finished a team-best eighth place in the 60-meters at the Lauren McCluskey Memorial Open with a time of 8.20 seconds.

Herrera said that she has liked her experience on the track team so far, and that everyone has been really welcoming.

“Right off the bat it was a really big family,” Herrera said. “It’s a relatively new (sprint) team, we’re all starting together and getting better together.”

Both the men’s and women’s teams will travel to Pullman this weekend from Jan. 18-19, facing the team’s toughest competition so far at the WSU open. Track and field won’t compete again at home until the outdoor season is underway at the 48th Pelluer Invitational on April 12-13