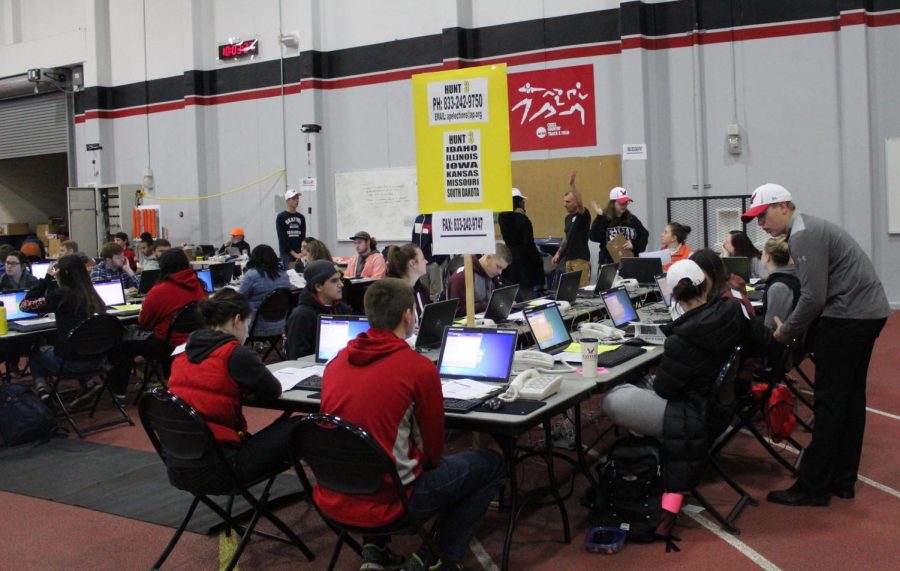 Students train for the Associated Press Election Center. The AP has hired EWU students for every election year since 2000.

Johanna Cranford is a senior at EWU studying communications, public relations and art. Guest columns do not necessarily reflect the views and opinions of The Easterner, its staff members or Eastern Washington University.

Every two years, the Associated Press  and EWU come together to give students the opportunity to play a significant role in the national election.

The AP employed and trained over 300 students to answer phones, gather accurate data and enter information into a secure database. The final results are reported to multiple news organizations all across the country.

I was given the opportunity to work behind the scenes as a student supervisor during the 2018 Midterm Elections. Unsure of what to expect, I was willing to gain insider experience along with getting free food and paid in the process.

My first day of training was not what I was expecting to say the least. Everyone was asked to meet at the EWU Fieldhouse. The supervisors were asked to show up during the same time as the people who pre-registered to work the election. This made it very difficult for the student supervisors.

Due to the fact that the supervisors were being informed of their responsibilities right in front of the people who were waiting to be checked in.

To say the least, it was pretty awkward having everyone watch you be trained on the spot when they have been waiting for over an hour. Right off the bat, I found myself dazed and confused, lost in the array of faces and questions.

After everyone was checked in, we were directed into the fieldhouse. The supervisors and the vote entry clerks were assigned to a specific section based on the states that were calling in their votes.

As a supervisor, our job was to answer any questions that that were presented and monitor the people entering in the votes. Accuracy was the top priority when entering in votes, no guessing! It was a lot of information to process. With the additional stress of having to help others when I was still learning the material myself.

Day two of training was a more hands-on experience. The AP conducted a trial run to prepare everyone for election day. We had stringers calling from 15 different states. I was put in Hunt 2, that was in charge of five states. We had a total of six supervisors and one floor manager for our hunt. It was chaos.

Nov. 6, 2018. This was the day that would put everyone to the test. Working the elections was such a surreal moment for me. It was moving; questions and answers for 12 hours straight.

I saw the elections being broadcasted on the screens above me and I knew that I was a part of making it all happen. Through the ups and downs I can honestly say that I gained some insider experience on the election process.

There were the thousands of people who worked to make it happen and the fact that it was held on EWU’s campus, made me even more proud to be an Eagle.