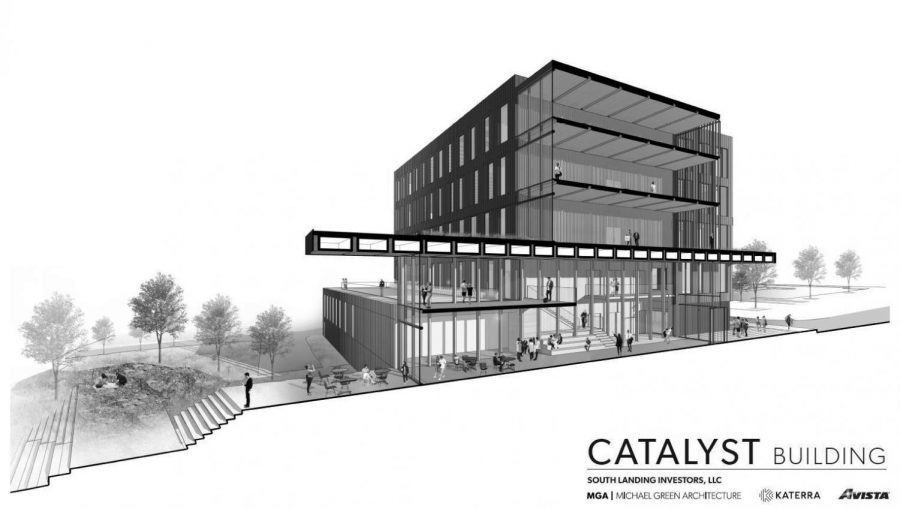 EWU announced plans to build a new building in Spokane for STEM students. The three STEM degree programs and an estimated 1,000 students will occupy the new building set to finish in April 2020.

The new five-story building will be in the U-District and cost more than $50 million dollars, according to Avista spokeswoman Debbie Simock.

Avista Development owns the 5.5 acre lot where EWU will build the building.

“We’ve been out of space on the Riverpoint campus for some time,” Cullinan told the Spokesman-Review.

STEM programs are the fastest growing at EWU, with more than 200 graduates last year compared to 125 graduates six years ago.

The current plan is to move all of the STEM-related classes to the new Spokane site. Close to 3,000 students already take classes at the current Spokane Riverpoint campus.

The new building aims to be as environmentally friendly as it can. The building will come equipped with solar panels and other renewable energy technologies that the building will be able to harness and use on-demand.

“From the beginning, we felt like the development at South Landing would provide our students a one-of-a-kind opportunity to interact with the companies that may one day employ them,” said Cullinan.