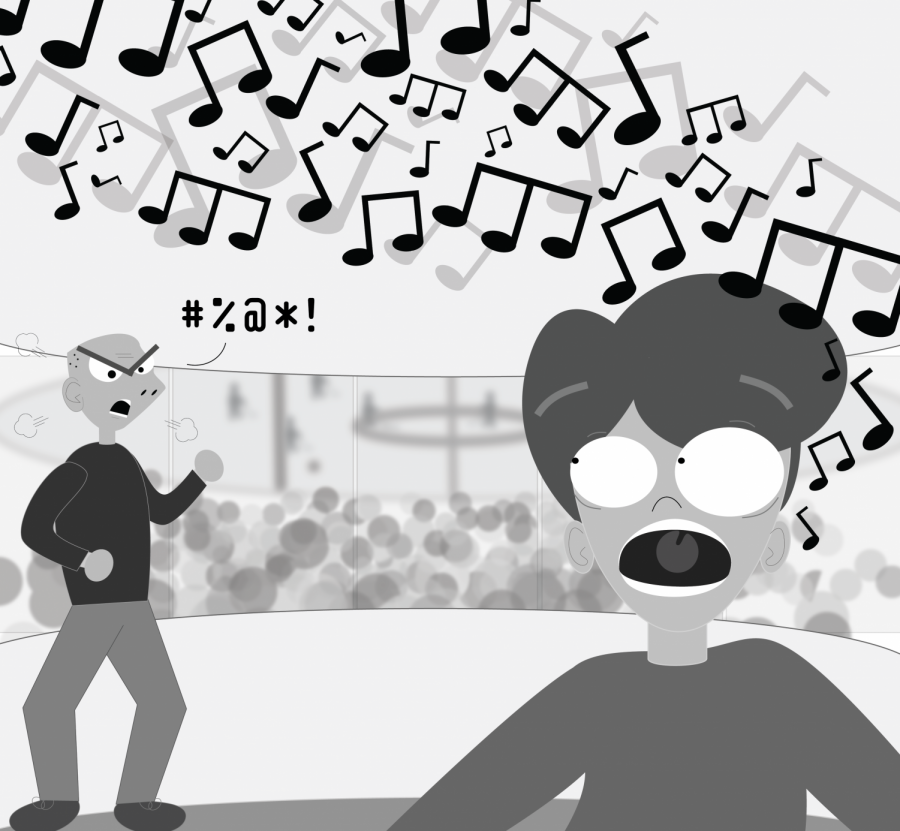 During a hockey game a two weeks ago, a fan was not impressed with the choice of music being played during the game at the URC. A father watching his son play got angry at the music choice, put his hands around the PAs throat and ripped the cords out of the music player so the opera music would stop. No serious injuries occurred and the case was forwarded to a prosecutor.

Late Wednesday evening, one of the CAs from Dressler Hall called police after they got an anonymous tip of underage drinkers. When the officer arrived, they asked to search the room, but were denied access until they could get a search warrant. After a warrant was granted police went in the room and arrested the three underage females for being Minors in Possession. Police found over 11 empty Smirnoff bottles, two empty vodka bottles, a box of wine, Malibu rum and a plethora of Mike’s Hard Lemonade cans. All three females refused to take a breathalyzer test and were referred to Student Rights and Responsibilities.

Just after 5 p.m. last Thursday, EWU Police pulled over someone for speeding on Elm and Washington. Upon a database search of the driver, police found the female already had a suspended license in the third degree. She was issued a criminal citation and will be going to Cheney Municipal Court.

Friday night at the Dressler Hall basketball courts, police were called after reports of a man yelling and throwing basketballs at people walking by. The male, who was not a student of the university, was yelling that white people “are all slave owners,” and other  derogatory things at all the women who walked by. He was told to leave and was informed he would be arrested for trespassing if he returned. No charges were filed for the incident, so police were unable to make an arrest.

Police arrived at Dressler Hall Sunday night after a CA called over concerns of a drunk female on the eighth floor. They went up to the room to find the female and a male friend, who was not a student. The Cheney Fire Department came to do a toxicity check and decided she should be transported to the hospital for alcohol poisoning. Aside from drinking the alcohol the male brought over, she said she also took sleeping pills earlier. She was written a criminal citation for being a Minor in Possession, and the male was also arrested for being a minor and supplying the alcohol.

Two bikes were stolen off the bike rack at Pearce Hall Sunday afternoon between 10 a.m. and 1 p.m., students reported to police. One of the bikes is said to be a black gray and white mountain bike, and the other is a green and black road bike. Their bikes were locked up when they left them and a cut bike lock was found when they returned. If you know anything, or have seen these bikes, please contact the EWU Police Department.