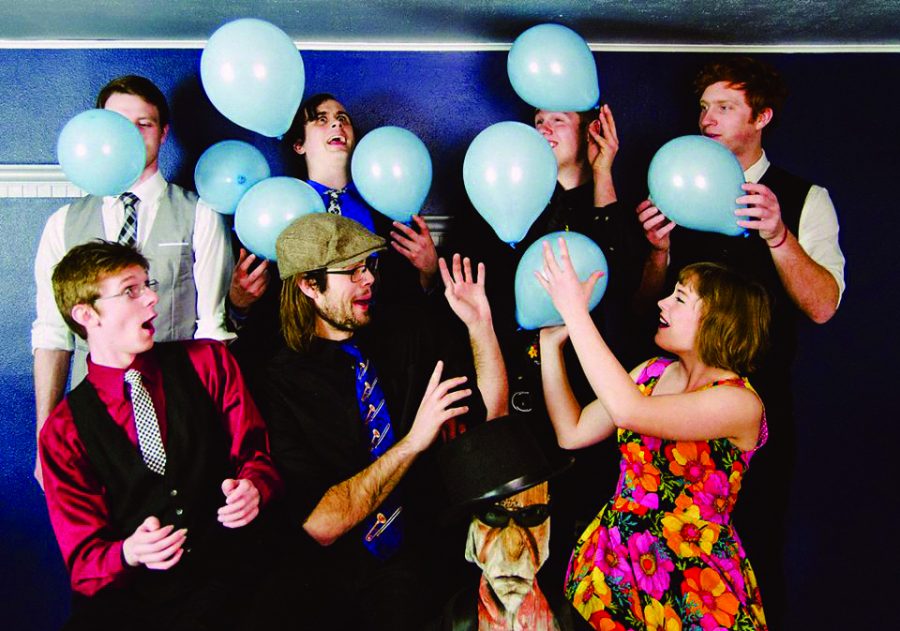 This is the second of three installments for this concert series. The event will be held at the Campus Mall area from 12-1 p.m. Eagle Entertainment is providing more than the live music; Izzy the camel will be making an appearance and there will also be free hotdogs. The entire event is free for students and faculty.

Eagle Entertainment plans so far in advance for these events that they began outlining the fall affairs back in the spring.

“The previous Concerts Coordinator held this position for three years, some of the artists that she’s brought have been here multiple years before,” said Shelby Sherman, current Concerts Coordinator. “So, we already have a connection with the artists. Or we go to NACA, which is the National Association of Campus Activities, and we find artists there that are relatively in our price range.”

Some members of the band happen to be EWU alumni.

“Tonya Ballman attended EWU, first through the Running Start program and then as a Piano Performance major,” According to the band. “Kevin Cashion attended EWU as a Music Composition major, and Ash Madison has a BFA in bass performance from Eastern.”

The Ragtag Romantics are not strangers when it comes to playing at EWU.

“We won the 2016 EWU Battle of the Bands competition and since then, we’ve played several shows on campus including a set for the 2016 spring concert series and a performance at Last Blast 2017,” according to the band.

The band’s music is a combination of five styles, fluid into a single musical adaptation of third wave ska, pop, funk, jazz, 1960s soul and R&B.

“Our style is constantly evolving, but our main goal is to combine our diverse musical backgrounds to create bright, unique, and relatable music for listeners of all ages and backgrounds to enjoy,” said some of the band members. “We love our instruments and we love playing together, so anytime we get to practice or perform, it’s a party!”

The band is looking forward to playing at EWU again.

“It’s always a privilege to share our music with so many brilliant and unique people at once,” according to the band. “Our hope is that we can help people set aside the stresses of university study for a bit, get into the moment, and have some fun!”

To get involved with Eagle Entertainment and have a voice with their event planning, students are welcomed to join their Street Team.

“We are setting up a meeting about the Street Team. Students can help out with our events by setting up, doing promos … It’s a good way for students to get to know us and what we do,” said William Skinnell, Marketing and Promotions Coordinator. “Also if they want to get a job with Eagle Entertainment, this would be a good way to transition into that.”

Students interested in anything Eagle Entertainment related, their office is located in Sutton Hall room 110.