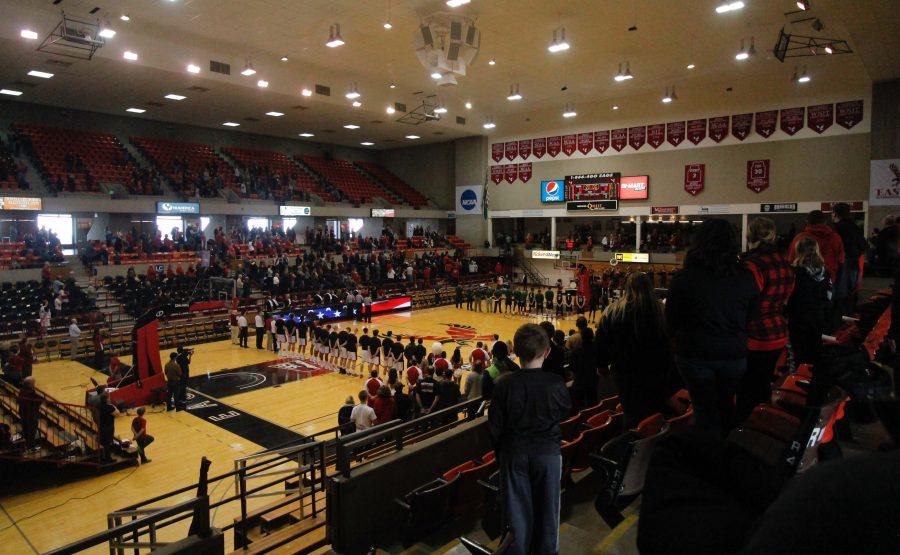 Singing of the national anthem before the game against Portland State, Feb. 4, 2017, at Reese Court.