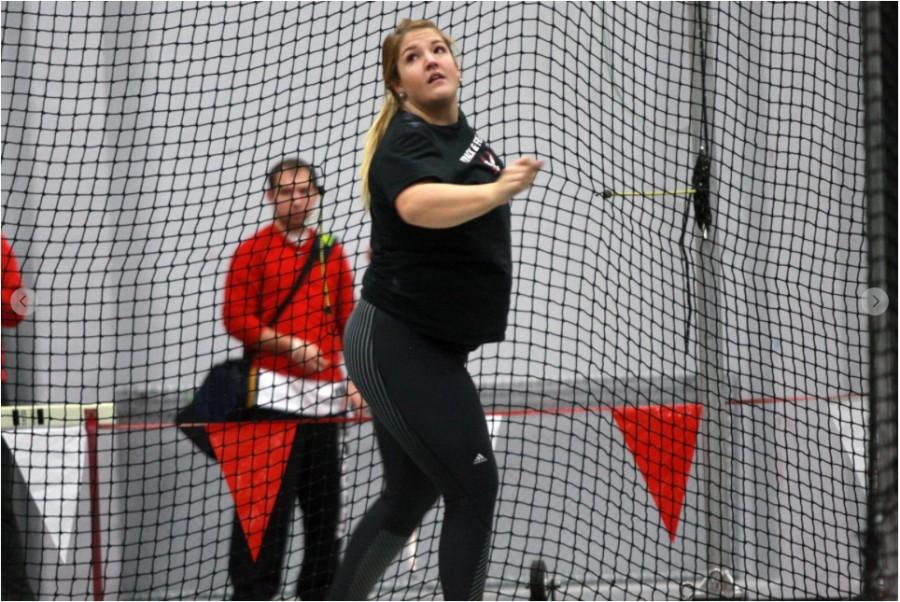 The women’s track team began its outdoor season at the Whitworth BUC Scoring Invite on March 17 and 18 in Spokane. There were three qualifiers for the Big Sky Conference Outdoor Championships, including senior Kaytlyn Coleman, junior Kendra Hamm and sophomore Dominique Butler.

Coleman qualified in the hammer toss with a throw of 189-7, winning the event.

Butler qualified in the triple jump with a distance of 38-0 3/4, placing in first.

Sophomore Rebecca Tarbert placed first in the 100-meter with a time of 12.08, but failed to qualify by just 8 hundredths of a second.

Sophomore Paris Flenoy came in first place in the shot put with a throw of 45-3, just .1 meters shy of qualifying for the conference championship.

In the pole vault, redshirt freshman Anandae Clark and junior Erin Clark tied for first with a height of 11-11 3/4, just .05 meters short of qualifying.

EWU had the top three finishers in the high jump. Sophomore Tierra White finished in first with a height of 5-4 1/4, sophomore Kaitlyn Grunst finished in second at 5-0 1/4 and senior Brooklyn Bellomy finished in third at 4-10 1/4.

The women’s 4×100 relay team finished in first with a time of 47.15. The team consisted of Tarbert, junior Paige Hammock, senior Erika Lombardo and junior Brooke Monson.

Redshirt freshman Janessa Day finished in first place in the 400-meter with a time of 1:00.06.

The Eagles will travel to Missoula, Montana, on April 1 to compete in the Al Manuel Invitational. Qualifiers from this event will compete at the Stanford Invite.