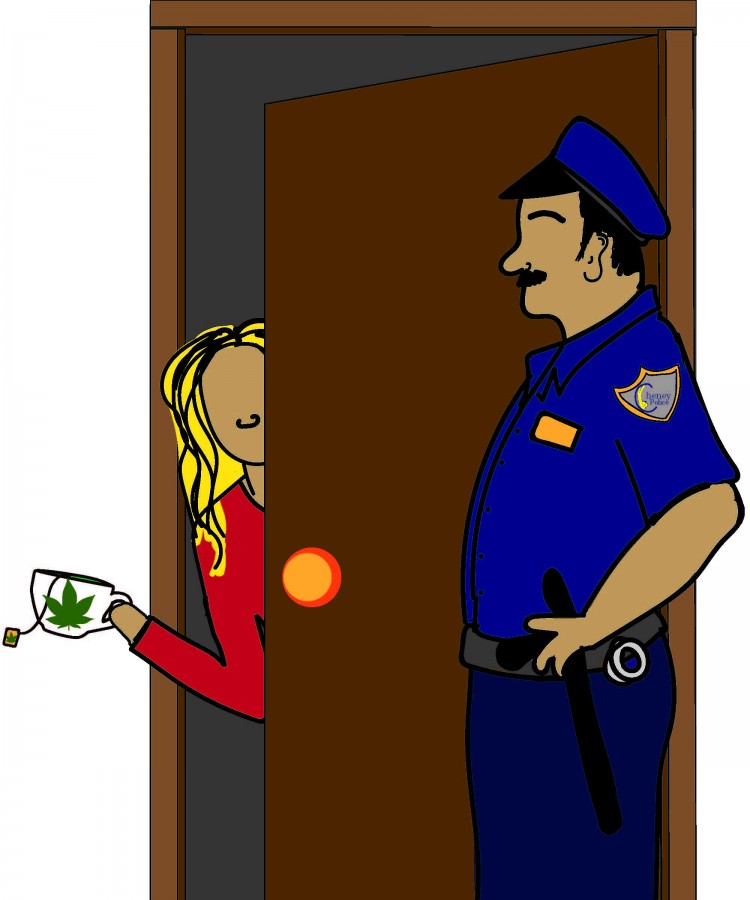 February 16
1:35 a.m.
Theft
A student reported her iPod was lost while in Tawanka Hall, but it was later found by a university employee in Monroe Hall and returned to her.

February 18
12:14 a.m.
Domestic Dispute
Police arrived in Dryden Hall when a couple was overheard arguing. Bystanders reported hearing yelling, crying and a loud thump. The couple explained they were having a personal argument and it had not involved physical violence. Nothing in the room was damaged except for a book that was thrown on the floor. Both were referred to Student Rights and Responsibility.

February 19
7:43 p.m.
Marijuana
A resident in Dryden Hall refused to let officers in her dorm after CAs reported the smell of marijuana outside. She claimed the odor came from her brewing tea. Nevertheless, she was referred to Student Rights and Responsibility.

February 19
12:09 a.m.
Simple Assault
A student was walking from Dryden Hall to her dorm in Dressler Hall when someone grabbed her by the arm while she was going down the steps in front of the URC, leaving a bruise. She was intoxicated at the time, so her memories of the event are vague. The investigation is still ongoing.

February 20
1:49 a.m.
Alcohol
Police responded to a call from CAs in snyamncut Hall concerning an overly intoxicated resident. With bloodshot eyes and slurred speech, she registered a BAC of .118 and was cited with a minor in possession.

February 19
3:25 p.m.
Destruction of Property
The owner of a Ford pickup truck reported that the antenna had been bent back the day before while parked in P16. There are no leads or suspects.