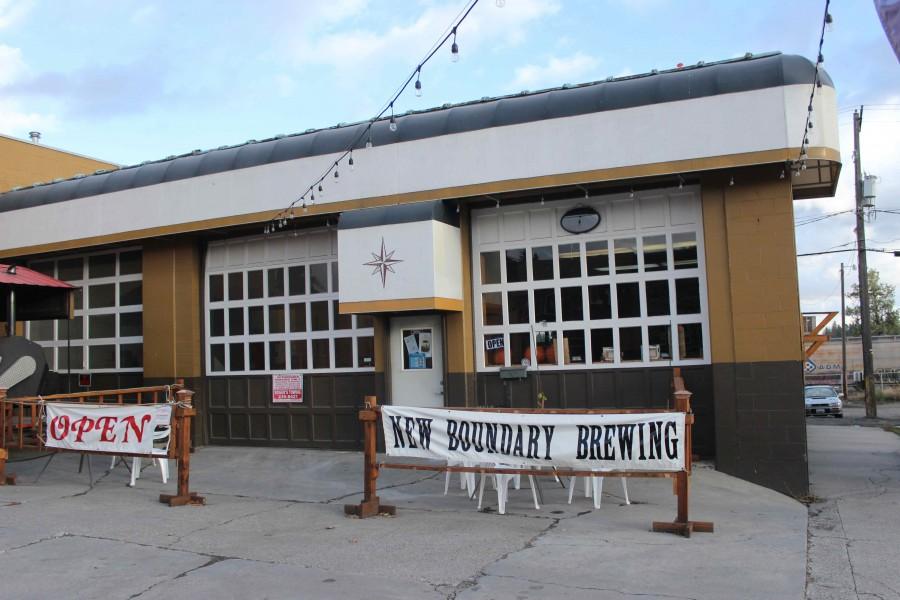 Living in the Inland Northwest where hops, barley and water thrive it is no wonder that the plethora of fantastic breweries is always expanding, this time it has to Cheney.

New Boundary Brewing Company – located at 505 1 st Street – opened on May 29, 2015, giving Cheney their first and only brewery. Hosting a good variety of beer, New Boundary’s selection differs from that of bars around Cheney because the beer is made literally 20 feet away.

Shane Noblin – the owner of New Boundary – has been brewing beer since 1996 and before that he was making wine. Owning a supply shop in Alaska, it was easy for him to get the ingredients to start his own brewery. After selling the shop to fund the brewery, Noblin moved out to Cheney in November 2014.

“Cheney is a great community. [It] has a pretty stable population and we didn’t even consider EWU into the equation. We were mainly focused on the city itself,” Noblin said about the decision to start the brewery here.

Since there are several different breweries in Spokane already, some much bigger than New Boundary, it was a risk moving out to Cheney. However, the competition really doesn’t have Noblin concerned as his priorities lie elsewhere.

After hosting an Oktoberfest party, the next charitable event they will be hosting is a chili cook-off on Dec. 12th with a portion of the proceeds going to the Cheney Food Bank. Hoping to have yet another event in February, New Boundary’s contributions to the city come in more than just beer.

As of right now New Boundary is a rather small brewery, but that is going to change in the next couple of weeks. With a small tap room and little room at the actual bar, Noblin is hoping to expand the tap room quite a bit. With a new occupancy level the room should be able to comfortably hold about 50 people. Still considering putting a kitchen in back, New Boundary could become the only place in Cheney where students can enjoy fresh beer and fresh food as well.

Being somewhat of a new brewery, the word hasn’t fully gotten out about New Boundary. According to Noblin, with more public acknowledgment hopefully coming from Spokane and other nearby cities in the near future, the brewery has a chance to thrive here in Cheney. Not only will the brewery succeed, but the impact it could bring to the city could be substantial. Noblin said he is hopeful for what the future has to bring for his brewery and the impact it could have on Cheney.