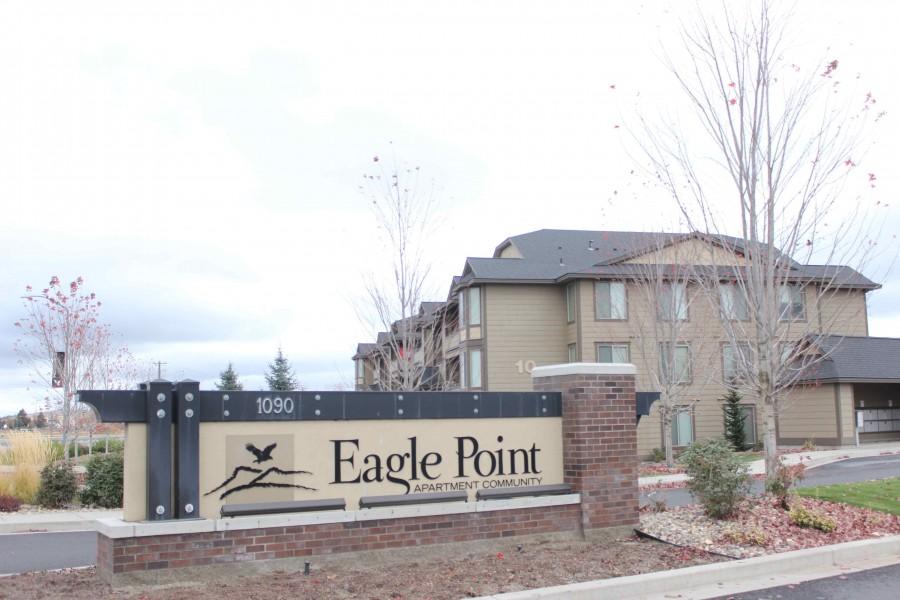 On the evening of Oct. 11, there was an apparent break-in at the Eagle Point Apartment complex located just off of Betz Road in Cheney.

EWU students Casey Bauman and Anthony Little were away for the weekend and had a close friend coming by their apartment to take care of their dog while they were gone. That night, they received a call from a neighbor stating that they had her dog after seeing him running around outside of the apartment. Bauman said the friend watching the dog had turned the lights off and locked up her apartment earlier that night around 4 p.m. Bauman and Little came directly home to see what was going on.

Upon arriving at their apartment, they found the door unlocked and the light on. After searching around the apartment, nothing appeared to be missing. Bauman believed that whoever entered their apartment was confronted by her dog and scared off. Bauman requested her locks be changed by management.

Eagle Point assistant manager Ben Grover said Eagle Point has extra security on prime party nights such as Thursday, Friday and Saturday with a potential for expansion of security patrols during weeknights. Following the apparent break-in, he said they will most likely “step up security’s routine tasks.”

While Eagle Point is an off-campus apartment complex, it is primarily marketed to EWU students.

Connie Lovelace, a current Eagle Point resident and senior at EWU, said, “I feel safe, but you can never be too careful. If I saw something suspicious, I probably wouldn’t hesitate to call 911.”

Eagle Point resident and EWU senior Nina Wizner was a little more uneasy.  “I definitely feel a little on edge,” she said. “I didn’t feel super safe the night I heard about people using forced entry, and I wasn’t happy. I’ve been more on guard when walking from my car to my apartment these last few weeks for sure.”

She went on to say, “I would have loved Eagle Point to at least post some notices around the complex about the importance of locking cars and doors. It also would have been useful for them to post the on-call numbers and [primary security guard services] to make the tenants feel more safe.”

Eagle Point manager Chris Patton said the police department could not confirm what had happened but nothing was taken. He said, “We did change the locks,” as the residents requested. Patton also said, “The City of Cheney PD will be out 3 additional times a day for patrols.”