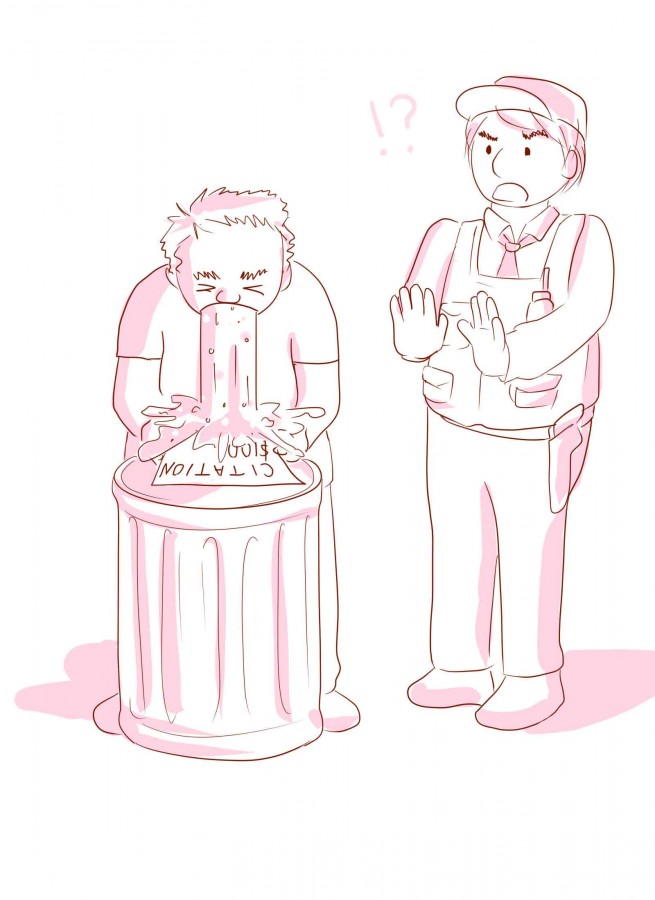 October 5
Unknown Time
Sexual Assault
A sexual assault was reported that occurred on Oct. 2 or 3. The investigation is ongoing, and the victim has not yet met with police.

October 7
Unknown Time
Sexual Assault
It was reported that a sexual assault occurred on the night of Oct. 6. The perpetrator has been arrested, but the investigation is still ongoing.

October 5
3:46 p.m.
Malicious Mischief
A custodian working in Hargreaves noticed damage to his car had occurred while it was parked outside the building during his shift the night before. The damage appeared to have been caused by an individual walking across the top of the car as there were dents covering the trunk, top and hood. There are no leads or suspects.

October 5
3:09 p.m.
Intimidation
A student reported feeling concerned and threatened when an acquaintance of hers began showing up at her workplace on campus uninvited to try to pursue a friendship with her. It culminated in him cornering her and refusing to let her leave until she talked to him. He was referred to Student Rights and Responsibilities, but no crime was committed.

October 8
10:14 p.m.
Marijuana
A CA in LA Hall noticed the smell of marijuana outside of a room. The resident admitted to being in possession and consented to a search, resulting in the seizure of .8 grams of the substance. The underaged student was cited and released.

October 8
1 p.m.
Theft
A bicycle was stolen from the rack it was locked to outside of Dressler Hall. The owner had last seen it the night before at 6 p.m., and noticed its disappearance at 10 a.m. that morning. It is a 24-speed bicycle, black with gray accents, estimated to be worth $250.

October 10
1:50 p.m.
Alcohol
CAs in Streeter Hall found a resident collapsed in the first-floor bathroom and vomiting. Medics from the fire department determined her BAC to be .177 yet cleared her to return to her room. She was referred to Student Rights and Responsibilities.

October 11
9:40 p.m.
Marijuana
CAs in Dressler Hall alerted police when they smelled marijuana in the building. The occupant of the room stated that she had not been smoking, but there had been two individuals in her room earlier who had been smoking outside previous to coming in. All three were referred to Student Rights and Responsibilities.

October 10
12:08 p.m.
Theft
A student had left his phone and headphones attached to a charger cable plugged into the wall during his class. When he returned for it, all had been taken. He found the headphones and cable discarded next to a garbage can on the third floor but was unable to locate the phone. There are no leads or suspects.

October 10
11:35 p.m.
Alcohol
CAs encountered a highly intoxicated resident in the study lounge in Dressler Hall. He was unable to walk and had been vomiting into a garbage can. Medics found him to have a BAC level of .235, and he was cited for minor in possession. When he was handed the citation, he threw it in the garbage can and complained that it was already out of his hands. Officers advised him to retrieve the paper, but he refused.

October 11
2:26 a.m.
Alcohol
A resident of Pearce Hall was found passed out in a hallway on the 5th floor. He was unresponsive, but his vital signs were normal. Medics tried to start an IV because he was highly dehydrated. As he regained awareness, he became combative, mumbling incoherently about cocaine. After refusing a breathalyzer test, he was transported to Deaconess Hospital.