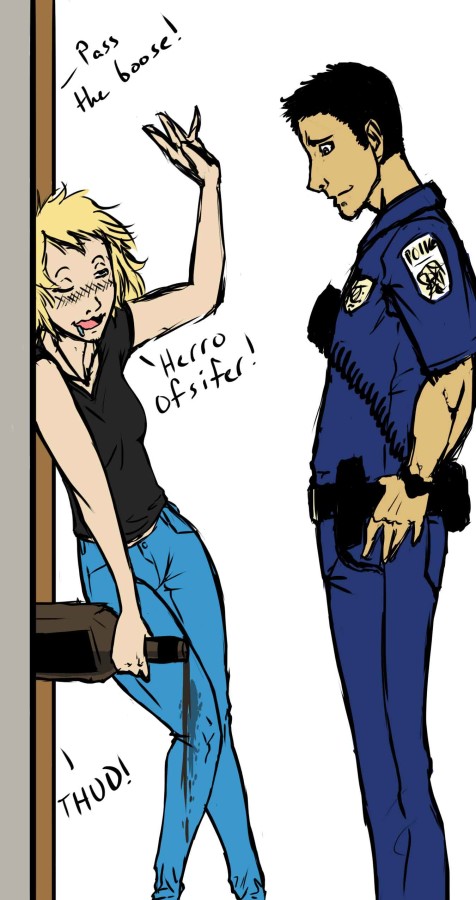 Two students were cited after hosting a party on the third floor of LA Hall.

An employee of the University and a student got into a verbal argument in Monroe Hall. As the student went to leave, the employee stuck out his foot as if to trip the student, who reported the incident. The employee has since resigned, so the charges have been dropped.

The smell of marijuana emanating from a room on the third floor of Dressler Hall brought officers to a group of six students. One of the two residents refused a search; although, he seemed nervous, had bloodshot eyes and wide pupils. The residents were both referred to Student Rights and Responsibilities.

A professor in the Science Building reported that someone had come into their office during the night and used his laptop. A drawer in his desk that held some of his passwords was also opened. The investigation is pending.

A student was talking to a faculty member in her office in Patterson Hall. He was having trouble getting his point across, so he grabbed her arms and held her down in the chair. She felt threatened and reported the incident. Charges are still pending.

Two residents on the third floor of LA Hall were found to be hosting a party in their room. There were 11 people in the room, all under age, but none of them were highly intoxicated. A search was permitted and officers found cans of beer, a fifth of vodka and various mixed drinks. The two residents were cited with furnishing liquor to minors. The other nine were referred to Student Rights and Responsibilities.

A CA in Streeter Hall noticed the smell of marijuana the on the sixth floor. Inside were three students who had allegedly came from a friend’s house off campus. All were under age and they permitted a search of the room. Officers found a plastic baggie with a brownie inside. The owner admitted to it being a marijuana brownie, so she was cited and released.

An appliance fire occurred at The Roost when an employee turned on a grill. She opened it to find flames two feet high and shut it off again. The flames did not go out and grew larger. The fire department was unable to find propane leaks or excess grease. There is no damage to the appliance.