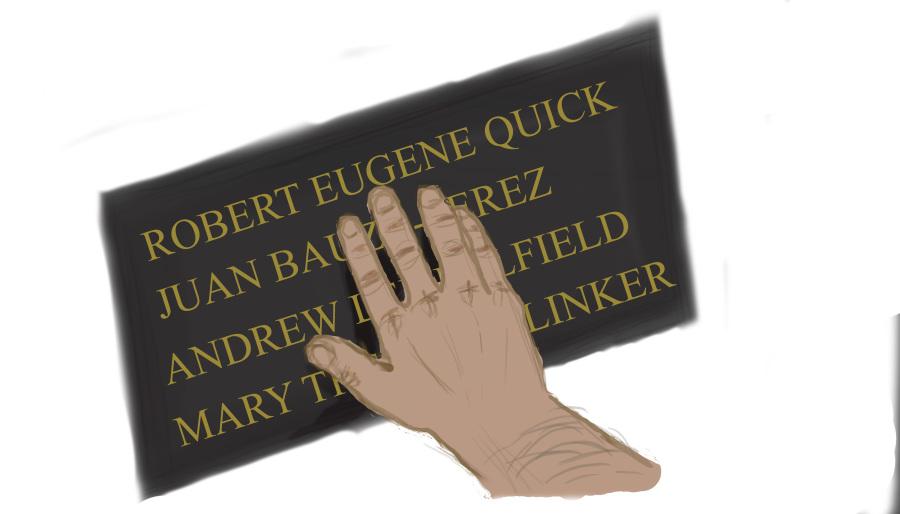 In the 60s, Eastern’s Reserve Officer’s Training Corps (ROTC) program was not the voluntary force it is today.

“ROTC was mandatory at Eastern for all males during their first and second year, and then they got to choose whether or not they wanted to continue with ROTC and commision and serve,” said Lt. Col. Jason Pape, department chair of ROTC. “It was a huge program back then and a lot of them were either in ROTC or knew someone in ROTC who ultimately then went on to serve in Vietnam.”

President Barack Obama proclaimed the beginning of the 13-year long commemoration of the 50th anniversary of the Vietnam War on May 25, 2012.

Eastern’s ROTC program and Alumni Association have been working with Vietnam veterans in line with the 50th year commemoration.

“Our main efforts so far, these first couple of years, has really been to reconnect with the alumni from that era, from Eastern, and let them know about the commemoration itself because many of them don’t even know it’s happening,” said Pape. “Most people don’t know that it’s happening. Tell them that we’re trying to do something in honor of the commemoration and really in honor of them.”

On Oct. 18, Eastern hosted their fourth annual Military Appreciation football game in coordination with the 50 year reunion for the 1963-65 classes.

According to Pape, a lot of the reunion attendees served in Vietnam, so the ROTC saw that as an opportunity to honor Vietnam veterans.

“When you start talking to folks in those classes, a lot of them went on to serve in Vietnam so we just decided to make our first big event coordinate with [the reunion], but we expanded it a bit by saying, ‘If you were here during that time, no matter when you graduated, basically if you feel like you are part of that era, come on back.’”

The U.S. Vietnam War lasted 30 years spanning from 1965 to 1973. Hundreds of thousands of soldiers were sent overseas to fight the proliferation of communism in Southeast Asia.

According to the U.S. National Archives military records, 58,200 U.S. soldiers died during the war. Of those lost, 1,047 soldiers were from Washington.

Dave Millet, the director for the Veterans Resource Center, said the ROTC program at Eastern has maintained a list of EWU alumni who are Vietnam veterans.

Pape said a lot of Eastern students went on to serve in the Vietnam War but even though they are on record, it is hard to track how many because some students went to war immediately, some served and then came to Eastern and some students were drafted before completing their degree.

Pape said the next event the ROTC would like to hold, which would take place in two years, is a military reunion for all the people who were at Eastern and who went on to serve in Vietnam.