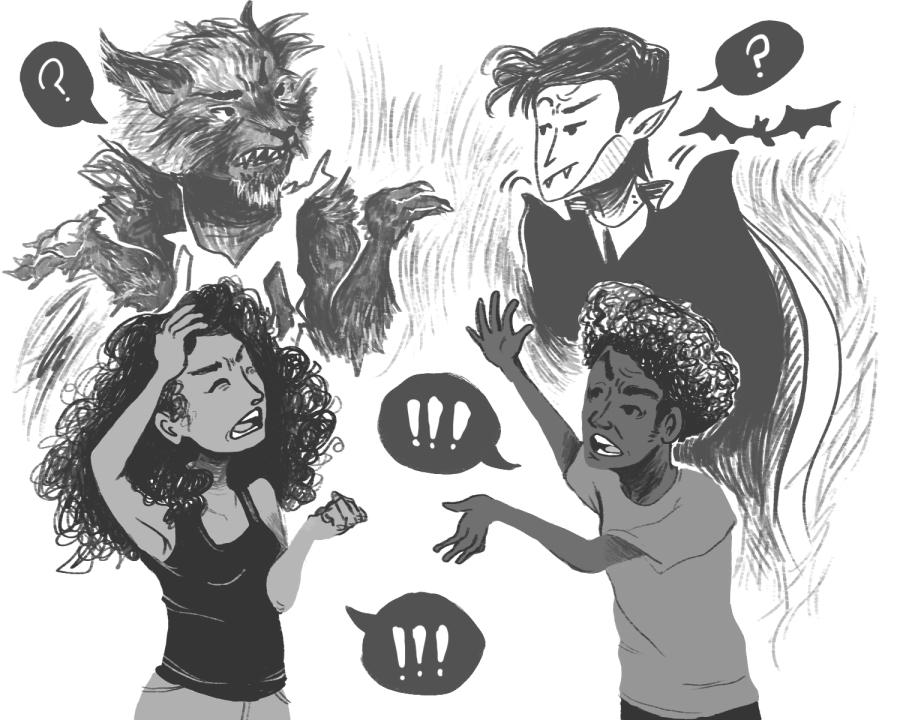 Since this is an opinion based on the generalization that these two monsters evoke, we need to grab the extremes of each to narrow the decision or we’ll never get one.

When we talk about vampires, the obvious example should be “Bram Stoker’s Dracula”. This original vampire needs to be staked in the heart and his head has to be chopped off at the same time. On top of this, sunlight does little other than prevent him from transforming into a bat, a wolf, and mist, among others.

To kill, this hardcore vampire has strength, agility and  telepathy to control anyone he’s bitten across the world. The other alarming abilities he has include weather manipulation, control of nocturnal animals and the ability to live without blood, which is only meant to rejuvenate him. If he wanted to hunt you down, the only things slowing him would be crucifixes, garlic, sacramental bread, not being invited into your home, crossing running water and not having home soil.

When we talk about werewolves, the Lycans from the “Underworld” film series comes to mind. They have strength, speed and agility on par with Dracula, but are known for their fury. They break through cement walls, rip people in half and work in groups to bring down their prey. With a name enunciated the same as lichen, they spread their disease as quickly as they can, wherever they can.

To kill, their most troubling abilities include heightened senses, their decision to change at will and their incredible regeneration speed. These abominations are the equivalent of tanks; they take a ton of physical damage and kill with bloodlust. Silver is needed to kill a Lycan but most people don’t readily carry a sizable hunk thinking to defend themselves.

What is the deciding factor?

Honestly, werewolves have a primal drive to eat human but have a one-track method. They get up, hunt and kill. Vampires have an array of methods to kill someone. The majority of your time isn’t spent in your house and if a vampire is trying to get in a building that’s not your home you’re . . . hold on, there’s someone at the door.