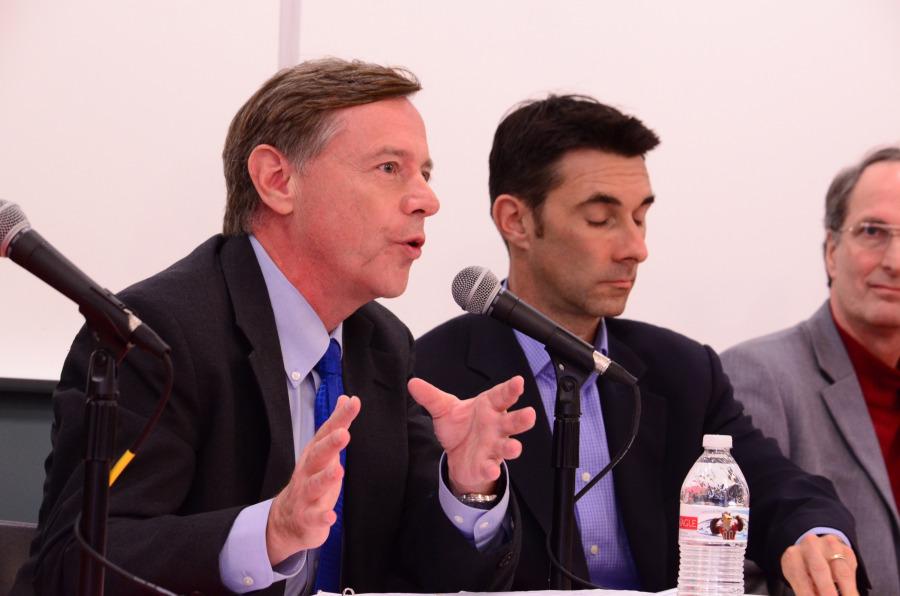 Just as ballots are being mailed to Washington state residents, the candidates for each political race in the region are pitching their ideas to the public.

EWU and WSU teamed up to host the Candidates’ Forum for Washington State Legislative Districts 3 and 6 on Oct. 15 at the Riverpoint Campus. Candidates answered questions submitted by students from both universities, each having two minutes to speak.

The moderator, chair of EWU’s school of social work Martha Raske, said this was not a debate, but a forum in which candidates could discuss their ideas about each question.

Students asked most about budget issues.

It was a common agreement amongst the candidates, most notably from Dover and Baumgartner that yes, the politicians in Olympia need to cut some larger programs but only if they are unnecessary. However, balancing the state budget should be micromanaged. Instead of focusing on slashing large programs, cutting one or two receptionists’ jobs here and there throughout the state will save money. That money saved will accumulate and then be used for other more needed programs.

“There are way too many people hanging out in Showalter Hall,” said Dover giving an example how not everyone’s job in EWU’s administration building is necessary to make the university function.

The candidates also agreed that the tuition freeze needed to stay in place, but the panel had differing views about a proposed minimum wage increase.

Parker, who owns local Dutch Bros coffee stands, said he was against the proposed $15 minimum wage. Increasing the minimum wage would take jobs away from the people who need them. Those people are teenagers looking for work.

Riccelli said he worked at Señior Froggy while attending high school and college. Unlike Parker, he acknowledged that teens are not the only demographic holding low-level jobs.

“There are single moms with children that live on these wages,” said Riccelli.

Cowan said the minimum wage should be discussed on a local level, as not all cities in Washington are similar to Seattle. What may work in Seattle may not work in Spokane.

The next debate in Spokane includes incumbent Cathy McMorris Rodgers, R, and challenger Joe Pakootas, D, both running for the United States House of Representatives. The debate airs on KSPS at 7:00 p.m. on Oct. 23.