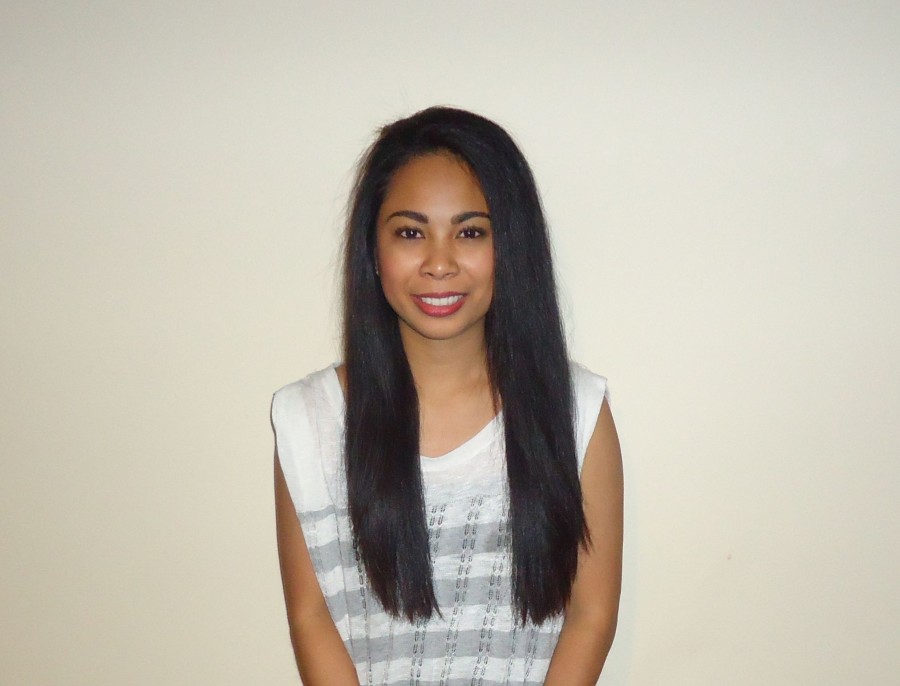 When Jessica Gadingan’s parents left the Philippines for the United States in the early 1970s, they had no clue that over 40 years later their daughter would want to leave the U.S. to follow her dreams.

Gadingan, now a 24-year-old senior at EWU, said when she started college she had no goals set for graduate school and did not know if she would go or not. A summer trip to London in 2013 changed her mind.

“I figured if I actually want to go to school, I want to make the most of it,” Gadingan said. “I found out I could get a master’s degree in 10 months if I studied abroad.”

Gadingan is currently finishing her bachelor of arts in communication studies, with an emphasis in public relations, and a certificate in leadership. When she began to seriously consider getting her master’s degree abroad, she sought advice from EWU professor Margaret Crabtree, who teaches the public relations series of courses for communications and journalism.

“[Gadingan] is one of my most serious students,” Crabtree said. “I was so impressed with her interest in pursuing a degree internationally. I think the world has such different perceptions, so when we stick with             just what the United States teaches, we are often limited. We become very ethnocentric, and I am always impressed by someone who is looking at the rest of the world, and asking, ‘How does the rest of the world do this?’”

After a brief look at the cost of getting an international master’s degree in 10 months, compared to the traditional two-year stay at an American university, Gadingan decided to give it a shot and applied to Kingston University, 25 minutes south of downtown London. She was accepted April 2014 and will begin  the master’s program in corporate communications and public relations fall 2014.

The 10 month program is comparable in cost to an equivalent two-year program at Eastern. With state residency, the Master of Science in communications at EWU costs just over $26,000. The program Gadingan will be entering is £10,360 per year, or $17345.75. The program will save her money and time.

“It’s a lot more of an intense program,” Gadingan said. “It’s five days a week, four hours per day with weekends off and no summer break.

According to Crabtree, a master’s program should be different than the undergraduate experience. Instead of getting a broad look at a wide variety of subjects, students spend time intensely looking at one subject.

In Gadingan’s choice to study abroad, there is an added dimension to the depth of study. This experience will give her a foot in the door to work for international companies at a level that would take years otherwise.

Gadingan said she would love to use her degree and experience to plan large-scale events, and travel the world representing an international company.

She is currently focused on finishing her degree at Eastern and figuring out how to fund her studies.

She has applied for scholarships through Kingston University, which could cover as much as £60,000, but she is aiming for at least one of six £10,000 scholarships given out by the university.

While waiting to apply for her student visa in June, Gadingan is researching international bank accounts, pound to dollar conversion rates and the high cost of living in London. She said she is also trying to keep her mind on the more fun aspects of the experience, such as traveling and shopping in her free time.

Gadingan said her family’s roots in the Philippines has always given her the urge to travel the world and that her parents could not be more supportive of her decision.

“I’m really excited. I can’t wait to get the chance to travel around on my days off,” Gadingan said. “But, I’m also really scared. I know it’s not going to be easy, but I’d like to encourage other people to be motivated to get out of Cheney as well.”

“I can’t wait to see where she goes and what she does,” Crabtree said. “I hope one day she’ll call me and take me out to coffee, and tell me all about it.”