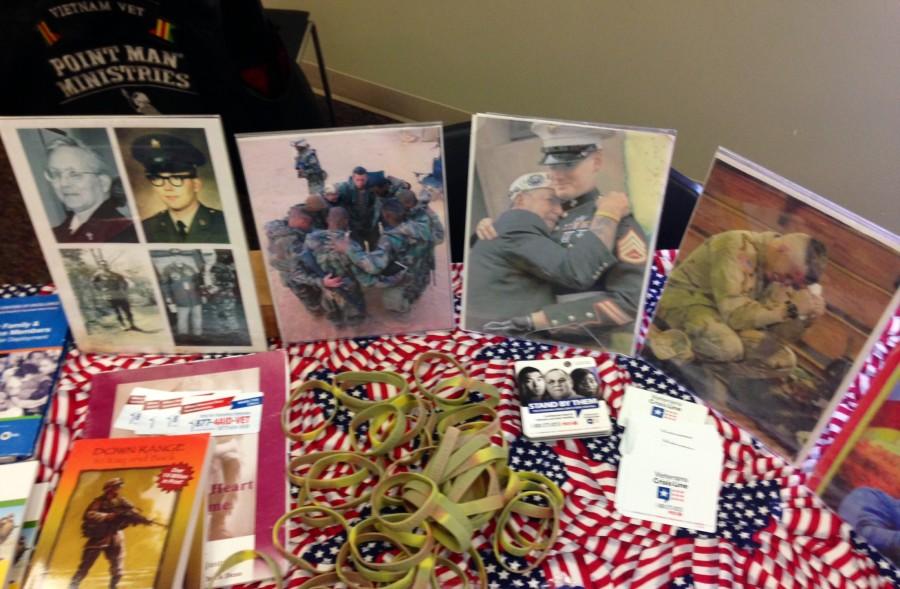 Dave Millet, the director of  EWU’s Veterans Resource Center, said the event is a good opportunity for regional and community organizations to come together at Eastern to support the students, faculty, staff and Cheney community veterans with any questions or needs they may have.

“We have close to 600 student veterans on campus,” Millet said. “It’s a great opportunity to network and learn about veteran support systems that they may not know about.”

The event included table-top presentations from the representatives of organizations such as the Washington State Department of Veterans Affairs, the American Red Cross, WorkSource, Spokane Neighborhood Action Programs and Goodwill Industries.

The fair was organized by Louis Diconti, a Marine Corps veteran who graduated from EWU in 2013, is now working at Eastern through the AmeriCorps VetCorps program, which started in 2009.

“I help veterans transition over from military to school,” Diconti said. “Sometimes when you’re transitioning from [the] military, where you go from living in barracks where you have your housing and food and everything taken care of, switching over to school, sometimes, you fall through the cracks.”

Diconti said that his military experience provided the financial support he needed to obtain his bachelor’s degree, and plans to apply

Eastern’s master’s program in mental health counseling after he completes his remaining year of VetCorps.

“[Diconti] is great,” Millet said. “He is on an AmeriCorps grant. They are required to do a service project every quarter, so this is his big project this quarter. It’s always a challenge to do these things, but we’ve had a great turnout.”

Both Millet and Diconti said their primary goal is to make sure the student-veteran population has access to all of the resources and help available to them.

“A lot of times, veterans don’t want to say that they need help with something,” Diconti said. “We can point them in the right direction.”

According to Millet, student veterans are just like all other students on campus.

“They’re here to do well, and they’re here to graduate,” Millet said. “But they bring some other dynamics to the campus through their life experiences, and I think our general student population can learn from our veterans. Just sit down and have a nice conversation and learn from their experiences.”