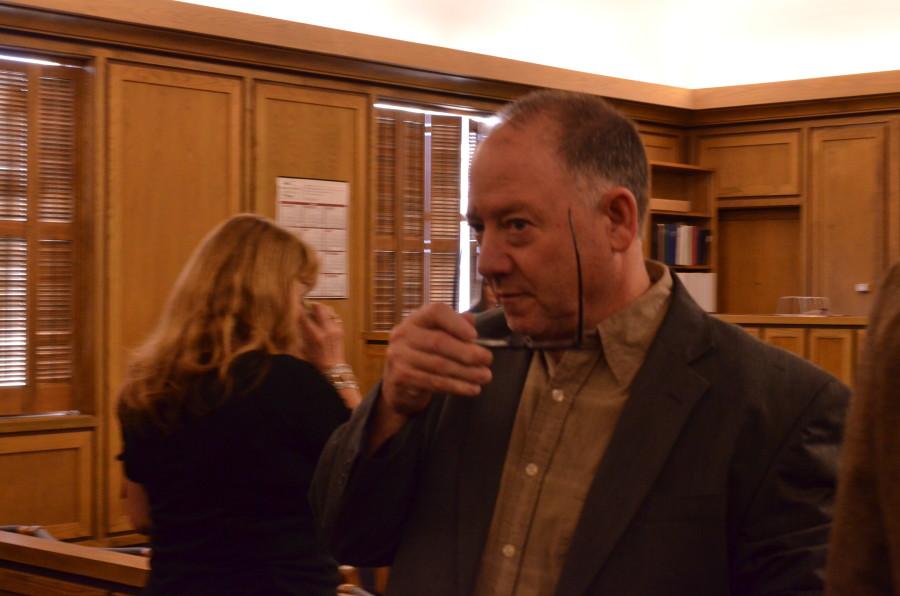 When the not-guilty verdict was handed down to Gail Gerlach, April 10 after only a few hours of deliberation, nobody seemed shocked.

In March of 2013, Gerlach shot Brendon Kaluza-Graham fatally as he attempted to drive away in Gerlach’s SUV, which had been left running. Gerlach said he thought Kaluza-Graham had a gun or other weapon, which was later determined to be a set of keys being thrown from the vehicle.

The defense made its case based on this perceived threat, citing the right of citizens to use deadly force in defense of their lives. The jury agreed.

Although the Second Amendment, or the right to keep and bear arms, is a controversial issue, it’s an embedded part of our country’s heritage, and a large part of our past. Our forefathers wrote this amendment so that the people of the United States could defend themselves against tyrannical governments. It’s now being used as a defense when we kill each other.

The jury was convinced that Gerlach had the right to kill based on a perceived threat, but there are many community members and people across the nation who feel the right to bear arms is taken out of context and is used as a scapegoat when someone dies as a result of fear.

What makes the Gerlach case rare is that, after finding the defendant not-guilty, the jury was asked to vote whether or not the defendant’s use of force was justified. They voted 10-2 that Gerlach’s actions were justified, meaning the case should not have even gone to trial.

This means Washington state will be responsible for the defense’s legal fees, around $300,000.

Guilty or not guilty, if a person is shot in the back of the head, there is always reason to question the actions of the shooter. Whether the threat was real, perceived or if Kaluza-Graham was a drug addict, a car thief or any other number of things, which are not punishable by death, the shooting should be explained in court.

The defense claimed this trial was a victory for people who are simply trying to protect themselves. The family of the victim said they feel Kaluza-Graham was made into an example for the community, a message that you can defend yourself and your property with lethal force without accountability.

Kaluza-Graham’s family intends to bring a civil suit, hoping that a more complete version of the events will be determined.

As he was leaving the courtroom, Gerlach was quoted saying “As Christians, we believe in redemption. The greatest tragedy is that Mr. Brendon Kaluza-Graham will not have a chance to turn his life around.”

What about “Thou shalt not kill?”