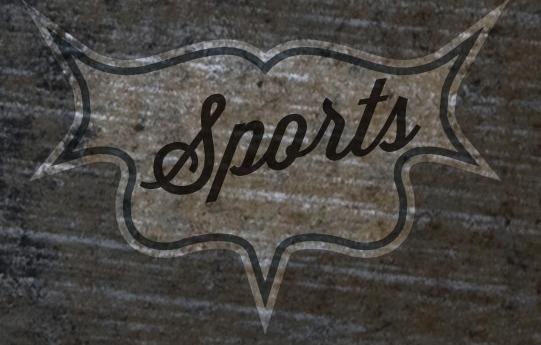 Eastern has found the right Eagle for the job.

EWU athletes will now be working with Dustyn Baethke on their conditioning and athletic performance. Baethke has spent three years as an assistant strength and conditioning coach at the University of Iowa. While at Iowa, he worked with football athletes.

He also graduated from Central College in Pella, Iowa and earned his Master’s Degree at Boise State University in 2012. While he was at Boise State, he was employed as a graduate assistant where he worked with wrestling, football and the women’s swimming and diving teams.

Baethke will mainly be focused on the EWU football team. However, he will work with other EWU sports as well. He is also a member of the Collegiate Strength and Conditioning Association.

As part of this job, there are quite a few tasks Baethke must complete on a regular basis. “Most importantly, my job is to make sure that every athlete on this campus gets what they need as far as strength and conditioning goes,” Baethke said. “Organizing my staff, organizing lift times, making sure the weight room is available for everybody.”

Baethke also explains that another big part of his job here at Eastern is to make sure that strength and conditioning programs will get implemented for each sport with focus on nutrition. Baethke has been working on several tasks while he has been here for the first couple of weeks.

“Since I’ve been on campus, I’m observing the football guys right now. I’ll design their programs starting in January,” Baethke said. Baethke has also worked with the throwers on the track team. He will also be working with the women’s soccer team soon.

Director of athletics, Bill Chaves, met Baethke during the hiring process of finding an assistant athletic director. Chaves was part of the search once the final candidates came in. “His background was, I think, kind of fit what we were looking for at Eastern,” Chaves said.

According to Chaves, Baethke has a big school and a small school background. Baethke is from Iowa, where there are so many more strength and conditioning coaches for each department. “You have to be able to, at our level, handle multiple sports,” Chaves said.

Senior Associate Athletic Director, Pamela Parks, said the coaching staff had positive thoughts about Baethke. “All of our coaching staff members that had a chance to meet with him [say that] he’s got a good knowledge base. He’s got a good personality to work with our student-athletes,” Parks said.

Parks explains that head football coach Beau Baldwin gave a very positive comment on Baethke. “He wants a certain kind of style with his team; he doesn’t want a task master. He wants somebody that inspires the players to want to be stronger, and so for [Baldwin], Dustyn [Baethke] was a great fit.”

Parks explains how he is well-rounded when helping with different sports programs. “He’s demanding but he’s not harsh, and he works primarily directly with football, but he oversees all of the other aspects of the strength and conditioning program for all sports,” Parks said.

Baethke is adjusting well here at Eastern and he is looking forward to multiple parts of his job. “I’m excited to get to know the administration, and start to develop those kind of communication links across campus to where we can kind of develop the most effective training environment for all athletes,” Baethke said.