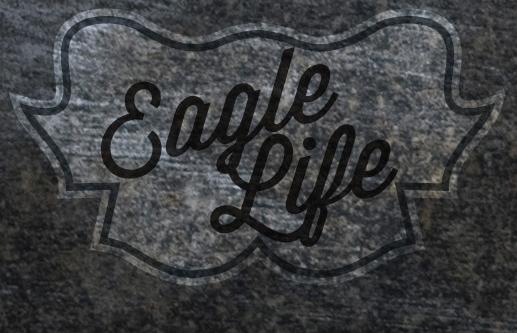 The 2013 Library Book Series, sponsored by the Ronald E. McNair Scholar Program, highlights professors in the college of social behavioral science, social work and arts, letters and education, who published books from 2012-2013.

This is the second year of the book series and the first year that professors from the college of arts, letters and education have been able to participate.

Christina Torres García, director of the Ronald E. McNair Scholar Program, said, “When I have been working with faculty mentors, I have noticed that we have excellent individuals doing great work on campus. I wanted to create a space where we can celebrate the accomplishments of those faculty, and highlight the great work they are doing at Eastern.”

The series started on Nov. 6 with Majid Shirifi who discussed his book “Imagining Iran: The Tragedy of Subaltern Nationalism.” Shirifi is an assistant professor in government and international affairs. According to the book release flyer, Shirifi’s book explores the paradoxes of nationalism in the Middle East, specifically Iran. Shirifi started his talk on his book by explaining his choice of cover art.

“The [cover] picture is a telling picture for me that I found after I had written the book. It is a picture of a man symbolizing a nation and is going ‘Long live the nation,’ and he is blindfolded, not knowing what the nation is or where he’s going. He has been shot while he’s released from whatever he thought was his previous tyranny,” said Shirifi.

Shirifi goes on to explain that the image was created right after the Iranian Revolution of 1979 and really depicts how he felt after the revolution.

Shirifi also explained he is privileged to do what he loves and to have the opportunity to share his work with friends, colleagues and students.

The next book release will be Nov. 13 with Jessica Willis, a faculty member of the gender and women’s studies program. Willis will discuss her book “The Making of Modern Girlhood.”

Phil Watkins’s book “Gratitude and the Good Life: Toward a Psychology of Gratitude” will be presented on Nov. 15. Watkins has been a professor in the psychology department since 1990 and is the associate editor of the “Journal for Positive Psychology.”

Watkins’s book focuses on his research in the science of gratitude, which he is considered one of the pioneers.

“I really began my work in the science of gratitude after hearing a couple of speakers in the mid-90s talk about what was lacking in the midst of our abundance in America at the time. It hit me that gratitude was the characteristic that we seemed to be missing,” said Watkins.

Torres García explains she hopes to continue to see a good turnout at the book series and that it will say thank you to the presenters for the hard work and dedication in research, accomplishments and books.

For more information on these events, visit the JFK Library event page.