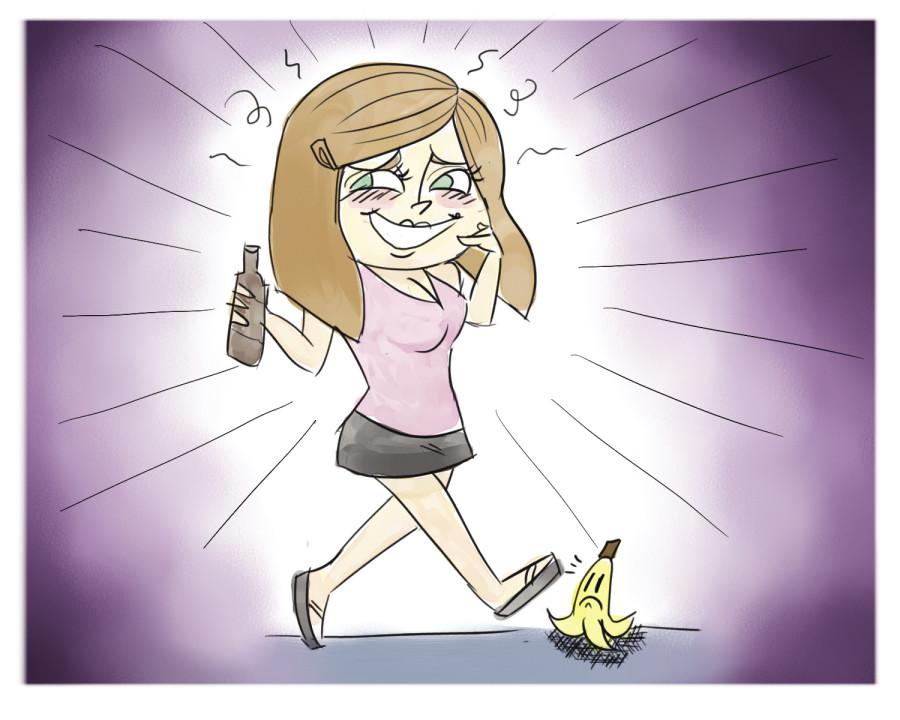 A student made a report that she had been shoved down a flight of stairs in the PUB by two drunk males. The student later admitted to officers that she had made up the story. The student had injured herself while intoxicated.

Two buckets of soapy water were found near the elevators on the third floor of Pearce Hall, set up as a prank to spill as the doors opened. Graffiti was also found on a door. There are no suspects at this time.

EWU officers conducted a welfare check on a student who was behaving abnormally in Martin Hall.

Two male students in Louise Anderson Hall were reported for possibly having marijuana. The students consented to a search and officers found a bag containing less than 40 grams of marijuana. One male was cited and released.

A student made a report that several days prior she had been assaulted and shoved down a flight of stairs in the PUB by two drunk males. The student later admitted to officers that she had made up the story and had injured herself while intoxicated.

A blue and grey 22-inch Diamondback brand bicycle was stolen from the bike rack in Dryden Hall. The bike is estimated to be worth approximately $400. There are no suspects at this time.

A pool table in the PUB was vandalized. Part of a corner pocket was broken and some of the pool balls were stolen.

A student reported that their car had been hit while parked in lot 5. The driver’s side door of the vehicle was damaged and white paint transfer was left behind by the other car. There are no suspects at this time.

Employees at Owl Pharmacy reported that a suspicious bag had been left near their front steps sometime during the previous night. The bag appeared to contain a gas can. The bomb squad was called in and disposed of the item.

A student in Dressler Hall was reported after someone noticed the strong odor of marijuana. The student produced a medical marijuana card when officers found a cigar package that contained marijuana, but he was still cited by police.