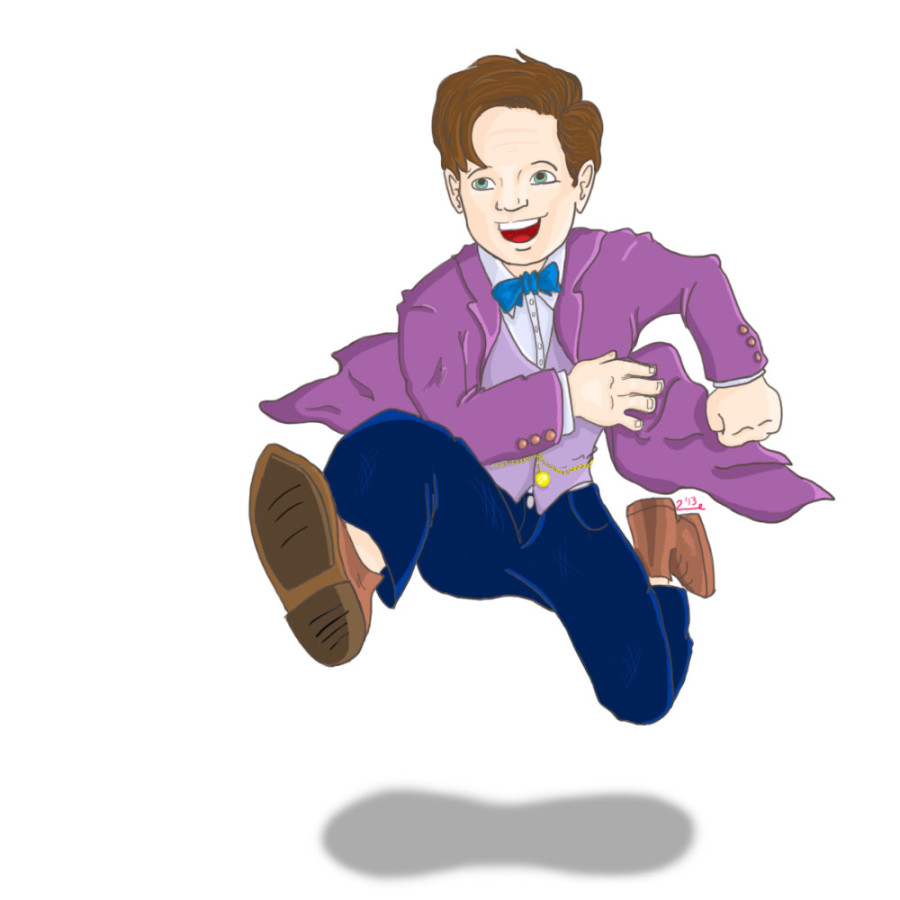 “Doctor Who” is a popular science fiction show from England starring Matt Smith and Jenna-Louise Coleman. The show is about a time lord called the Doctor, who travels through space and time with Clara Oswald, his human companion. Illustration by Jasmine Kemp

Students sat quietly, watching the “Doctor Who” episode “Father’s Day,” where Rose Tyler goes back in time with the Doctor and prevents her father’s death, which causes a chain of events that almost destroys time itself.

Prior to watching the episode, Professor Kevin Decker and the students discussed the similarities and differences between time and space, as well as differences related to the consequences of time travel.

This is one of the topics students have discussed in Decker’s Doctor Who and Philosophy class, which meets Tuesdays and Thursdays from noon to 2:30 p.m.

Decker, who has been watching the show since 1982, has been teaching the class for nine years. He thought students could learn from the show and how it portrays a “sense of the uncanny” as well as humanism of the Doctor, who is a time traveling alien from the planet Gallifrey.

“The basic premise of the show is wonder and the Doctor’s relationship with his human companions. He wants to expose them to new things,” Decker said. “I think the roots of philosophy are about wonder and new experiences. The show has also racked up so many seasons, there is a lot of material to draw from.”

When it comes to picking material, Decker is careful about choosing which episodes he shows his students. He tries to pick ones that show a philosophical story and goes back and forth between the classic series, which ran from 1963 to 1989, to the modern series, which premiered in 2005.

“Being careful about choosing several episodes allows me to tell a philosophical story about time travel and how this would have been issued in Ancient Greece.” Decker said.

One aspect of the class Decker enjoys is the involvement and passion of the students who come into class wearing T-shirts. According to Decker, a student came in the first day wearing a bow tie, which is also worn by the 11th Doctor, played by Matt Smith.

“The great thing to me is that it’s something between class and a convention,” Decker said. “Sometimes I worry that it could go to the convention side, but I try to keep it rigorous.”

EWU student Amanda Davis enjoys the class because it correlates philosophy and pop culture and because of the class discussions, which help her understand different concepts.

Elizabeth Mischke is not an EWU student, but she audited the class because she enjoys the show. Although the class is challenging for her, Mischke said she gets a chance to “stretch her brain.”

“I’ve never studied anything like this before, but it is in the context of something that I love,” Mischke said.

“Even though there are some terrible episodes that I wish they would never have made, the show as a whole is great,” Decker said. “The basic message is one of hope.”